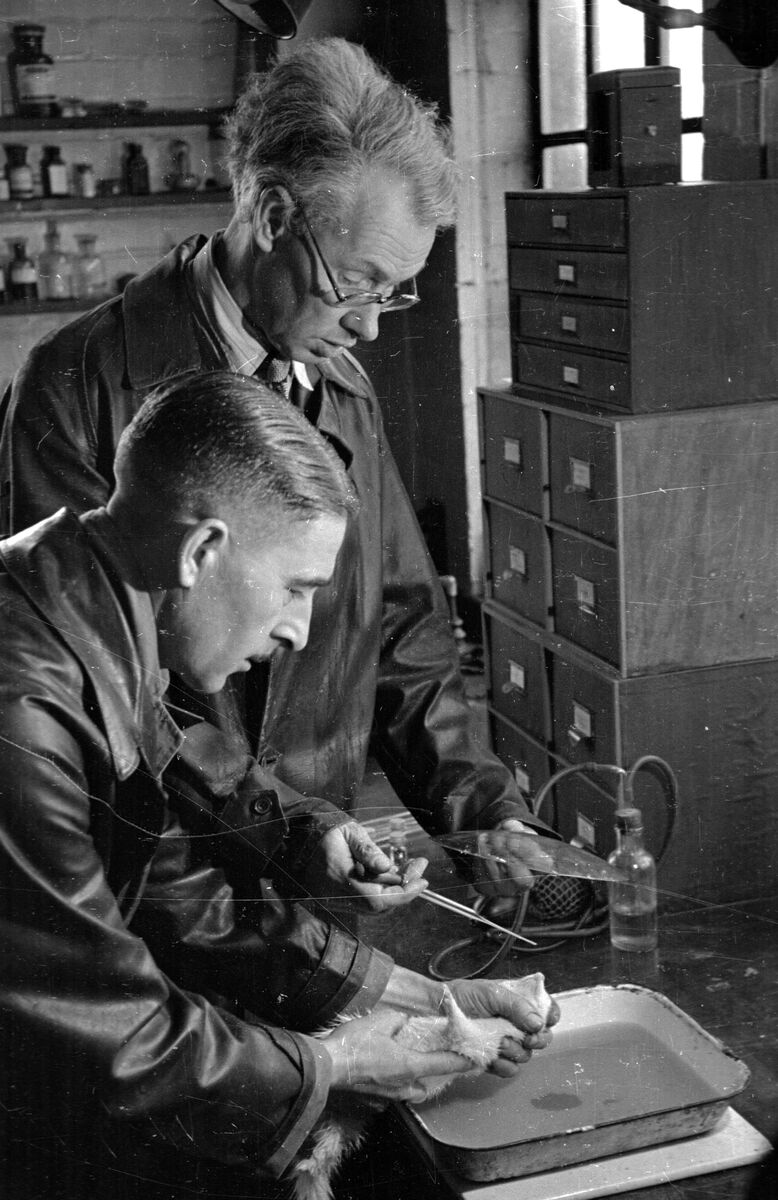 A ferret infected with influenza in a lab sneezed on a scientist, who became sick two days later. While a seemingly unremarkable event, “that ferret’s sneeze echoed round the world,” as scientists were able to gain crucial information about how the virus spread.

Searching for a Virus: Isolating the Influenza Virus

A major challenge facing scientists was isolating the influenza virus. In 1933, an influenza epidemic in England gave three British scientists, Wilson Smith, C.H. Andrewes, and P.P. Laidlaw, an excellent opportunity to study the virus. The scientists collected samples from several people infected with influenza during the epidemic, filtrated the samples, and then attempted to infect many different animals. If the infected animals showed any clinical signs of influenza infection, then the scientists would have successfully isolated the organism causing illness. For days, Smith, Andrewes, and Laidlaw looked for any signs of illness in the exposed animals. On the third day, two ferrets showed clear symptoms of influenza infection. Smith, Andrewes, and Laidlaw had successfully isolated the influenza virus! 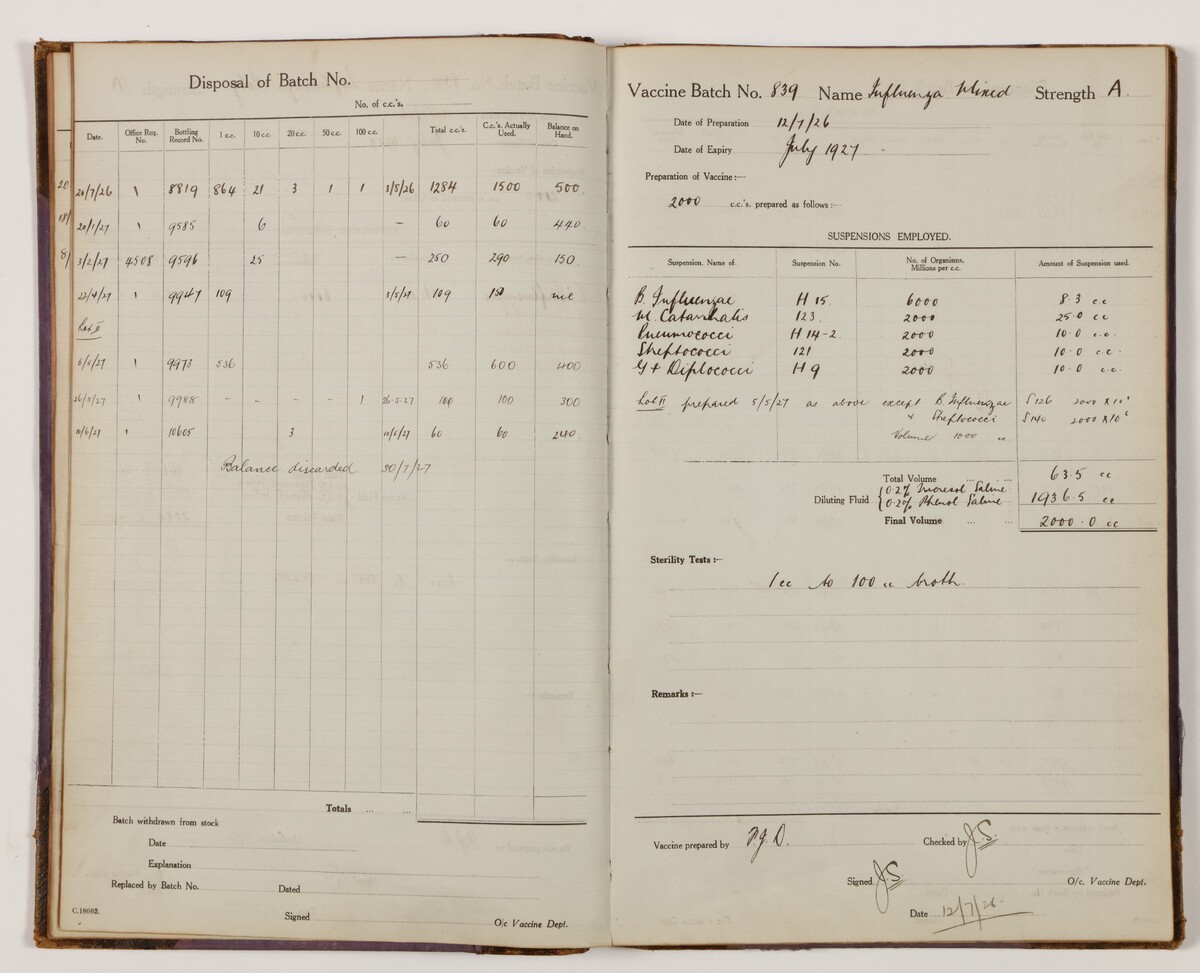 Ledgers accounting for each vaccine batch produced by Australian laboratories show that vaccines made with various bacteria were produced in the 1920s.

Before the virus was isolated in 1933, researchers did not know which microorganism caused influenza infection. Vaccines created to combat influenza before the 1940s used mixed biological materials in an attempt to ward off influenza and secondary infections. 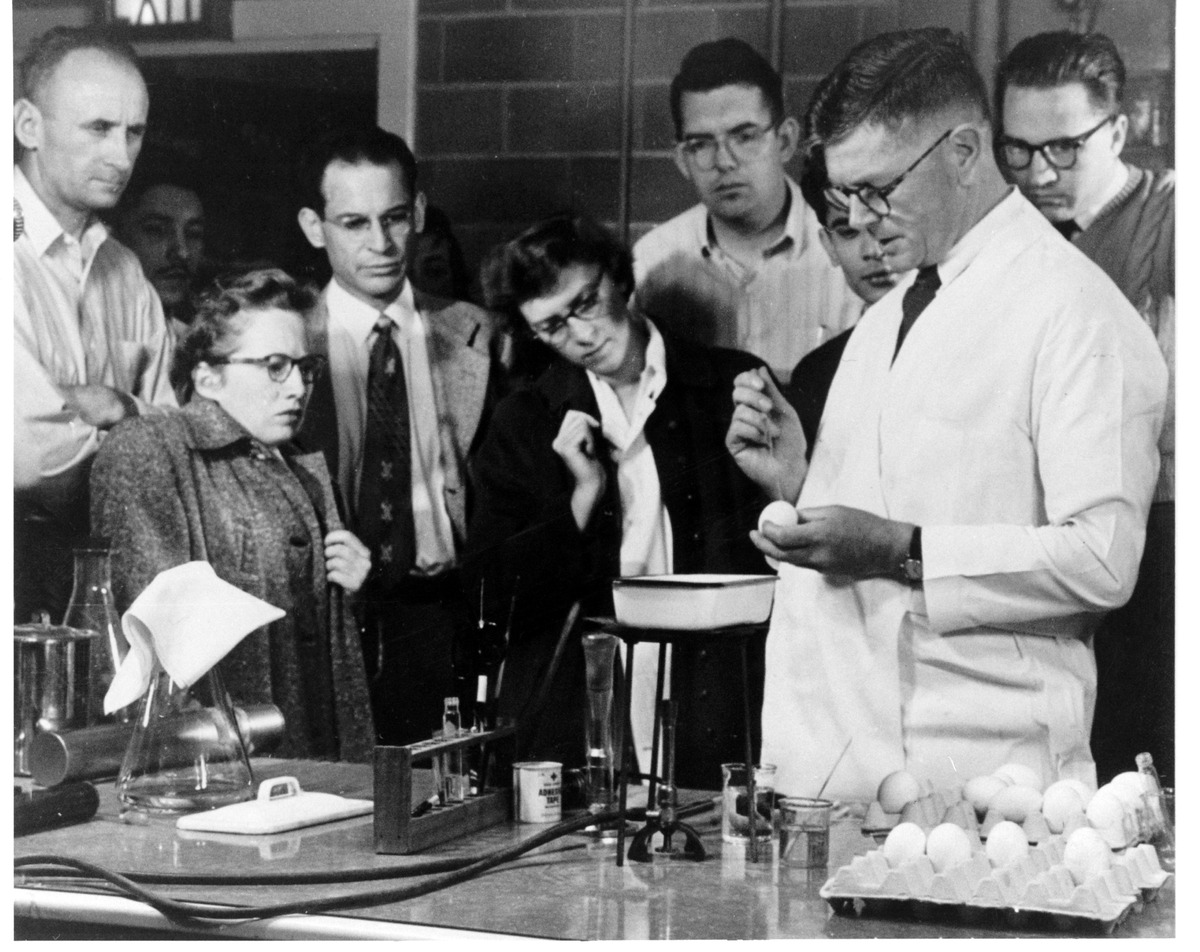 Sir Frank Macfarlane Burnet demonstrating his technique for growing influenza viruses in chicken eggs at the University of Wisconsin, 1952

Australian scientist Sir Frank Macfarlane Burnet studied many viruses and bacteria throughout his career. His contributions to the study of influenza have had a lasting impact on the way the virus is studied, and how influenza vaccines are made today. 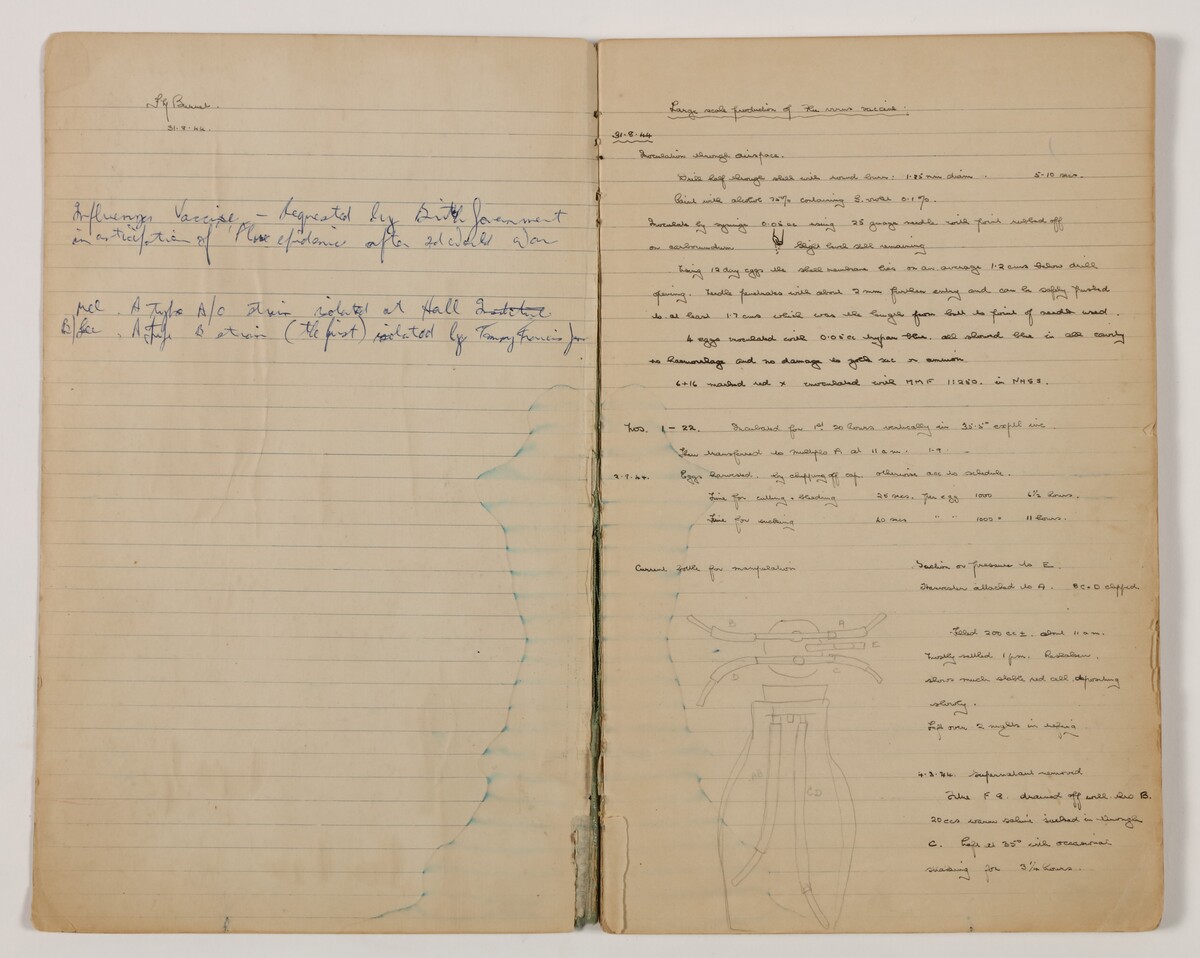 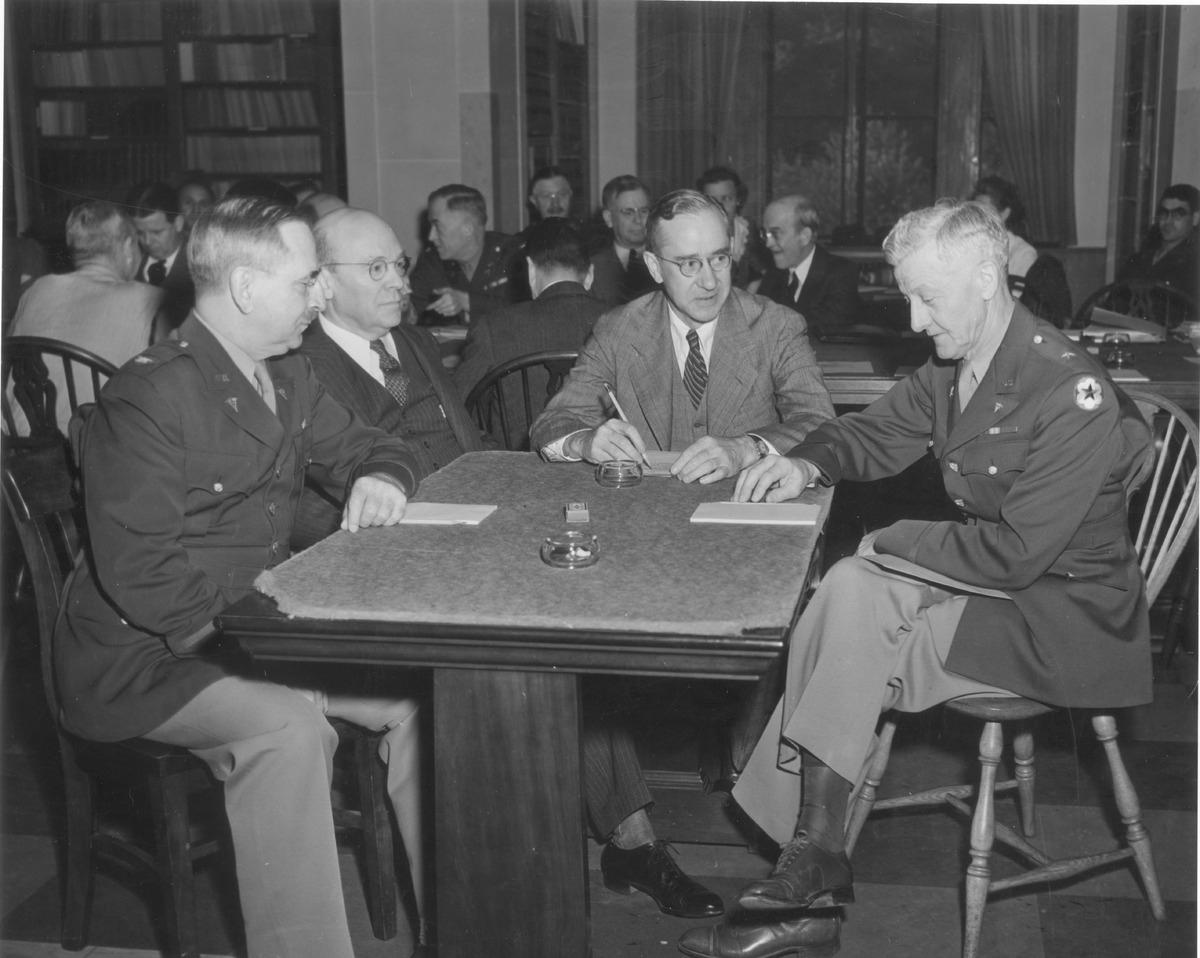 The Commission on Influenza members at a meeting.

At the beginning of World War II, the Commission on Influenza, a subgroup of The Board for Investigation and Control of Influenza and Other Epidemic Diseases in the U.S. Army, conducted multiple field trials in the quest for an effective influenza vaccine.

In 1943, the Commission conducted an influenza vaccine study in the Army Specialized Training Program unit at selected posts. Half of each unit received the experimental vaccine, while the other half remained unvaccinated.

When a widespread epidemic occurred, the Commission studied the trial results. Fewer infections occurred among vaccinated people, and cases of pneumonia occurred almost entirely in those who were unvaccinated. The Commission determined that the vaccine was highly, but not completely, effective.

This field trial, along with other trials and studies, helped inform the decision to vaccinate all U.S. military personnel, both in the U.S. and abroad, against influenza. Beginning in 1944, 10 million doses of influenza vaccine were distributed throughout the entire U.S. Army. The vaccine became available to the public in 1945.

In addition to vaccine trials, the Commission on Influenza established the Influenza Virus Strain Study Center in New York City, a laboratory where different viral strains could be studied and stored. 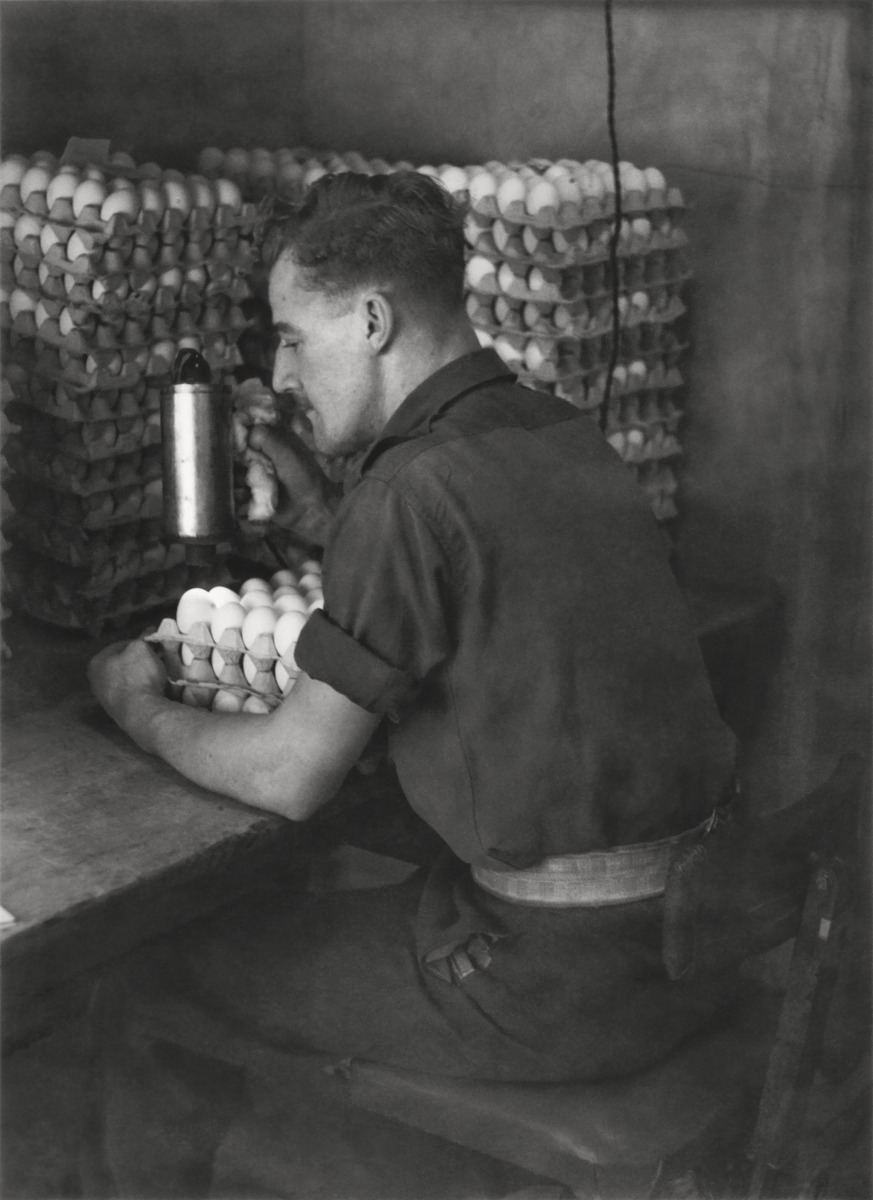 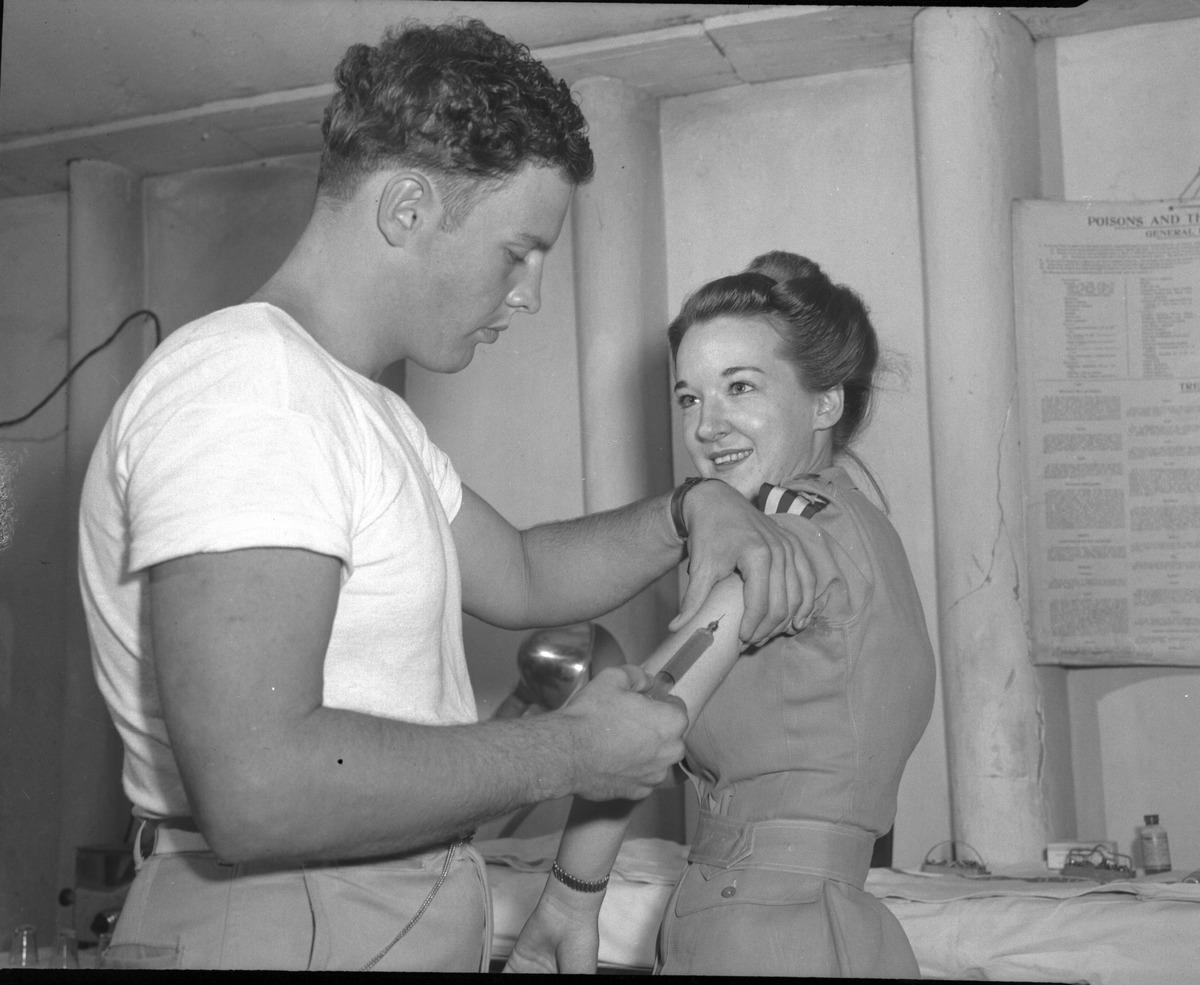 Lieutenant Marcella B. Brychta is given the first influenza vaccine in the India-Burma Theater during World War II. 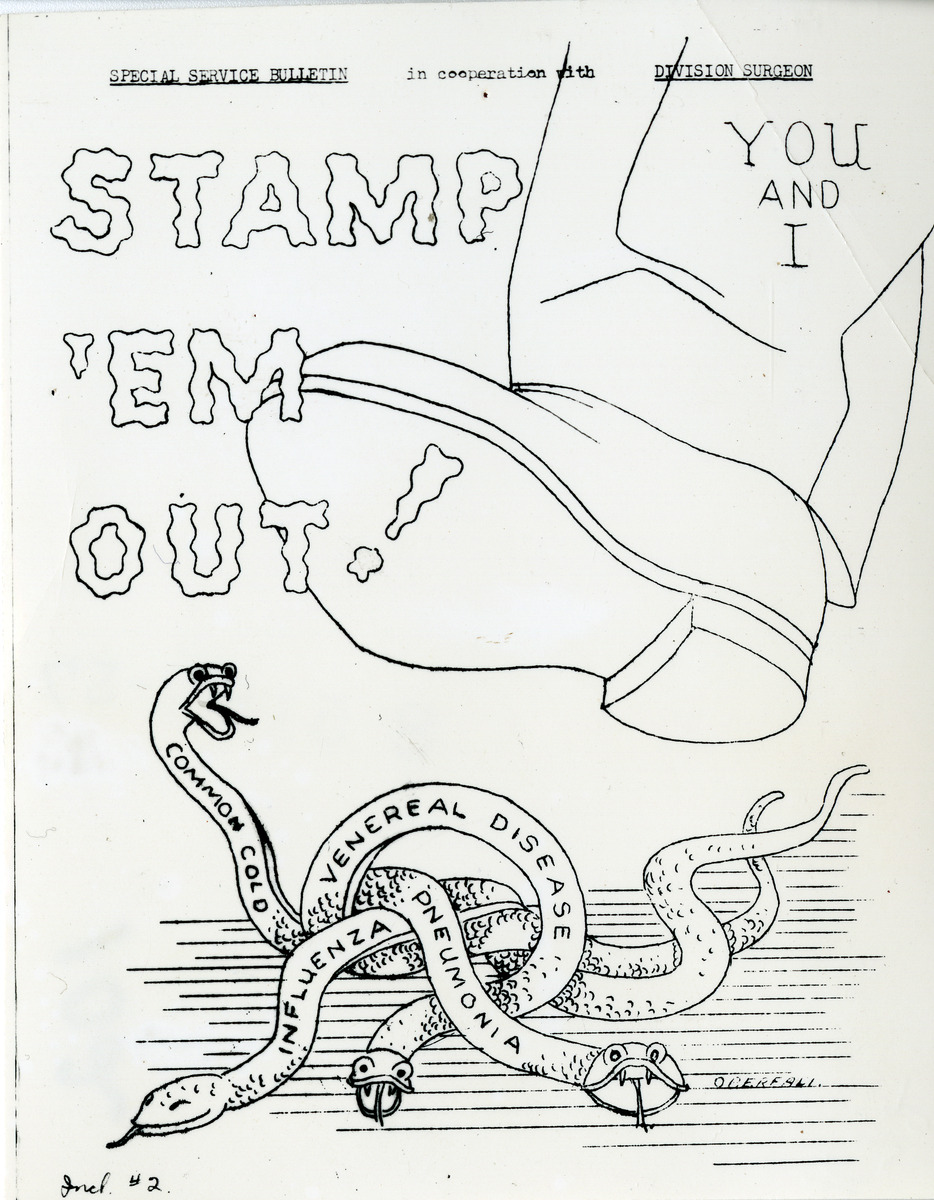 A World War II era special service bulletin depicts influenza, along with other diseases that plagued the U.S. Army, as snakes that need to be “stamped out.”

Courtesy of the National Museum of Health and Medicine

Many laboratorians work on growing influenza viruses for vaccine production, circa 1950s

After influenza viruses were isolated in 1933, newspapers and magazines optimistically reported on scientific developments relating to influenza. One reporter ended an article with, “research men at last have flu and colds on the run.” Local newspapers in 1947 reported on the “predominantly favorable” new influenza vaccine.

Although hopes were high, a vaccine study in the spring of 1947 shook this optimism. The new study reported no apparent difference in the number of influenza infections among vaccinated and unvaccinated people that season. The Commission concluded that the virus used to make the vaccine was different from the influenza viruses causing illness.

The results of the 1947 vaccine study made many researchers question how much the influenza viruses could change. Could a new, possibly deadly, influenza virus suddenly emerge?

Evidence that influenza viruses had the potential to change forced scientists to look for a way to monitor them, and, should an important change occur, adjust the vaccine accordingly.