Influenza, commonly called flu, is a contagious respiratory illness caused by influenza viruses that infect the nose, throat, and sometimes the lungs. Many people mistake influenza for a cold, or mislabel other illnesses as flu. Flu can cause mild to severe illness, and, at times, can lead to death.

Influenza can be categorized into four types based on genetic material found in the nucleus of the virus: A, B, C, and D. Influenza A and B viruses cause epidemics of illness in people every year. These annual epidemics are commonly known as flu season. Over the course of a flu season, different types (A and B) and subtypes (H1N1, H3N2) of influenza spread and cause illness. Influenza subtypes can be further broken down into groups or subclades. 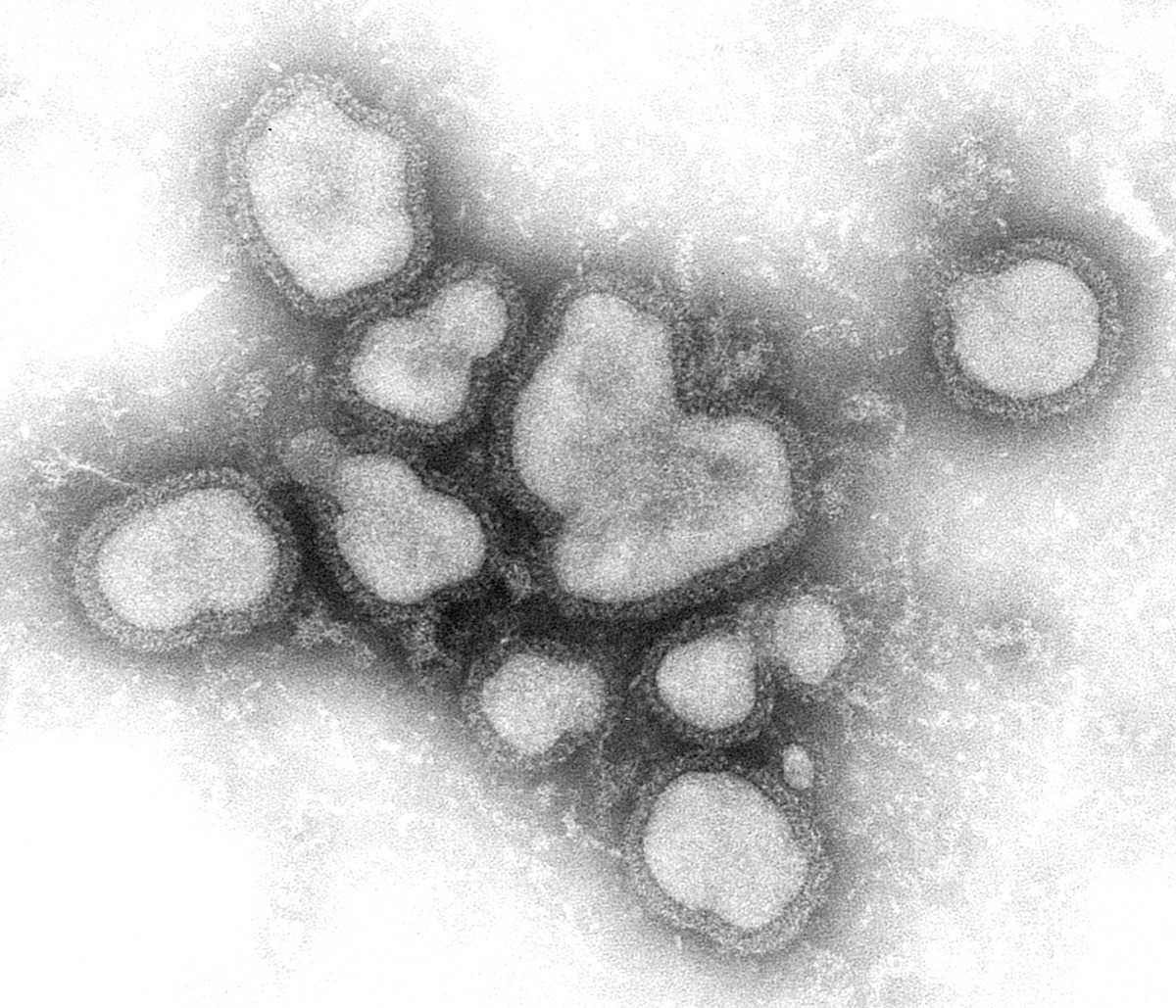 Scientists have identified 18 different hemagglutinin (HA) subtypes and 11 different neuraminidase (NA) subtypes (H1 through H18, and N1 through N11, respectively). Subtypes of influenza A viruses are named based on their HA and NA.

For example, H1N1 and H3N2 influenza A viruses currently circulate in humans during flu season. 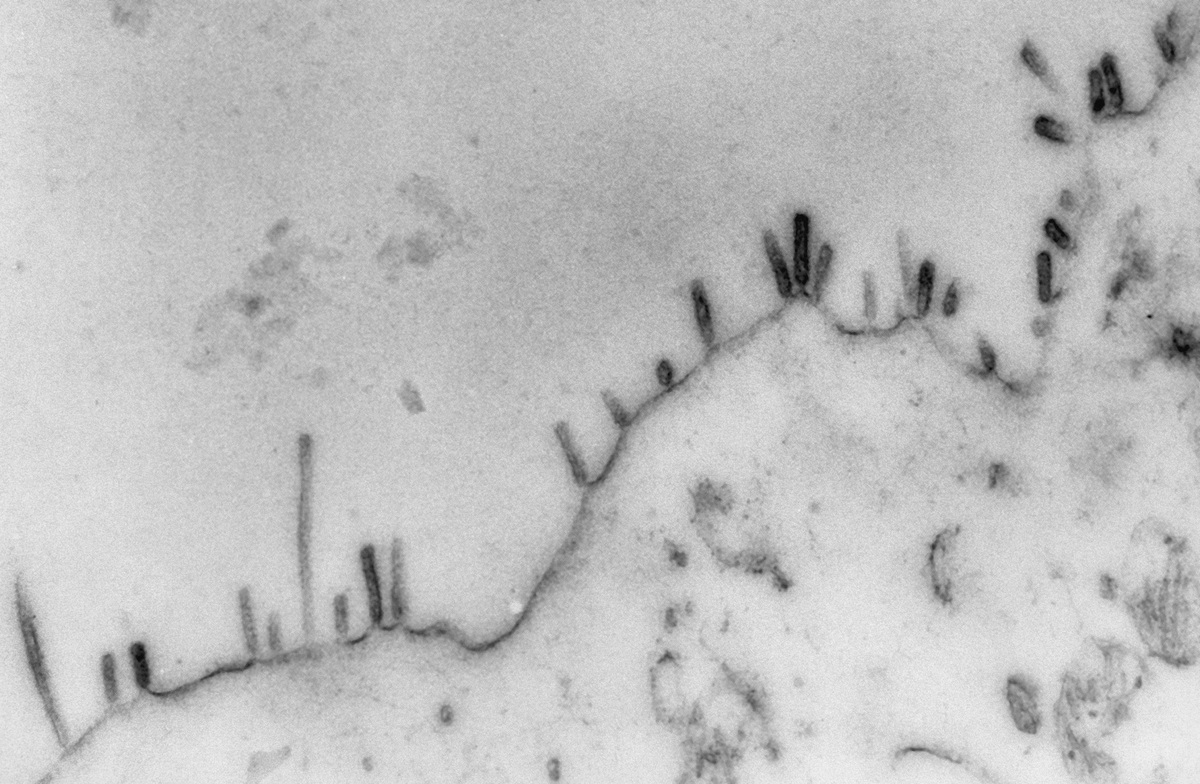 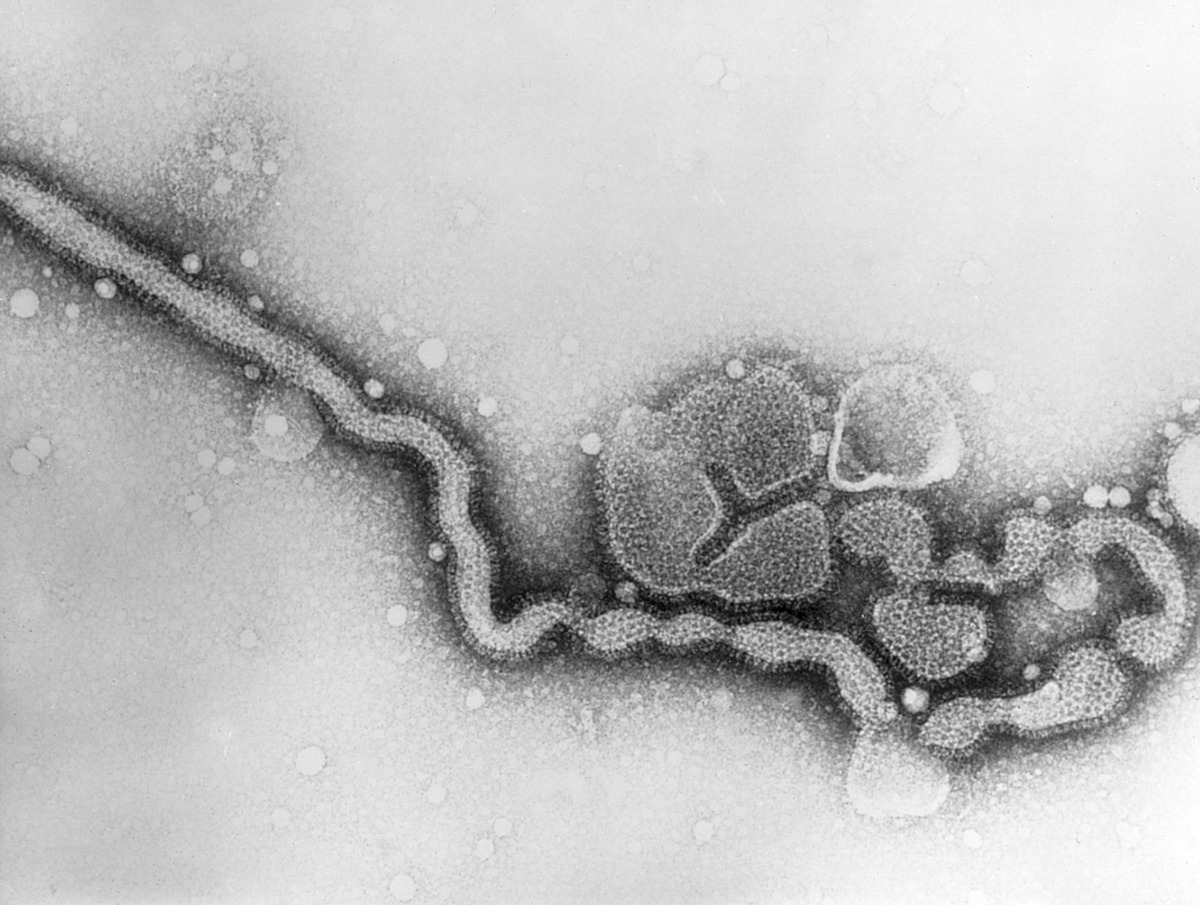 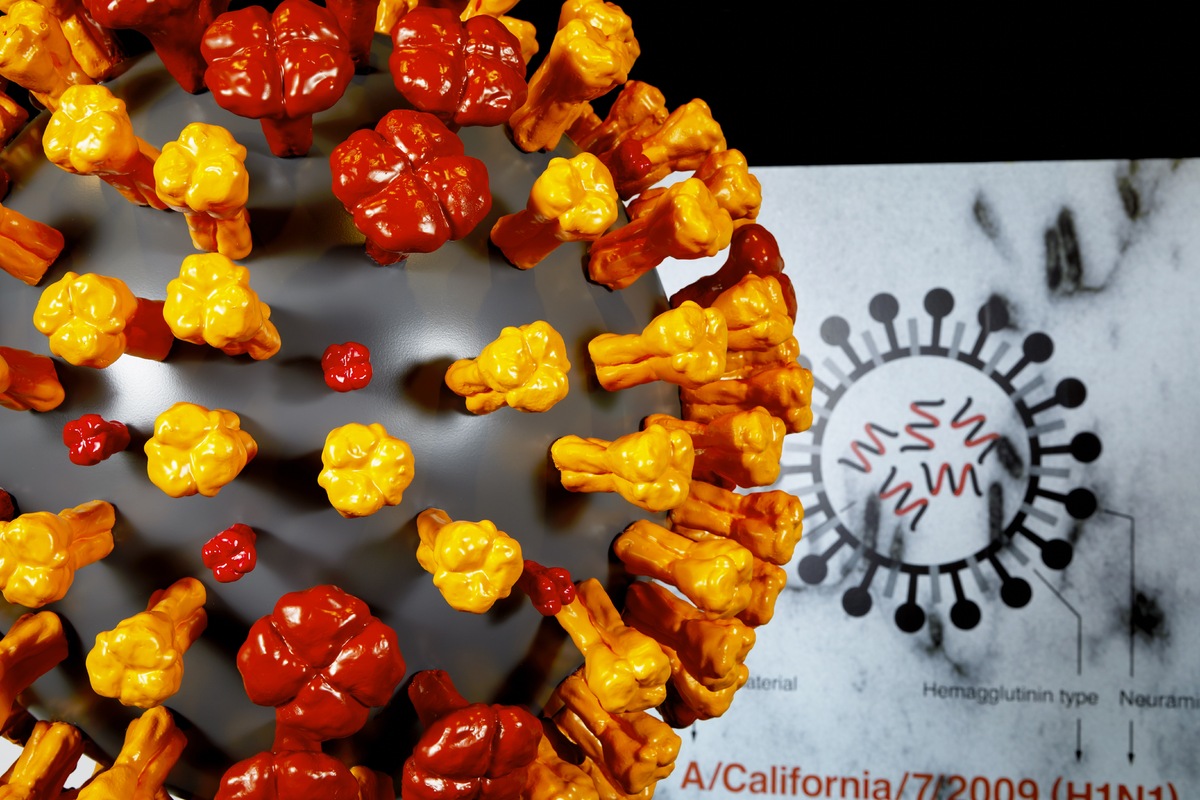 The Structure of the Influenza Virus

Hemagglutinin (HA) is one of the two major surface proteins found on the outermost layer of influenza viruses. On the model, HA proteins are represented by the small, yellow, rod-shaped spikes.

HA helps the virus bind to and enter human respiratory tract cells to infect healthy cells. The HA binds to the receptors on the cell surface to accomplish this. Once inside the respiratory tract cell, the influenza virus tricks the cell into making additional copies of virus. When a cell starts making copies of virus, the cell is considered infected. Influenza infection spreads once these copies exit the cell and start infecting nearby healthy cells.

Neuraminidase (NA) is one of the two major surface proteins found on the outermost layer of influenza viruses. On the model, NA proteins are represented by the small, orange, mushroom-shaped spikes.

Once a cell has been infected by influenza and the cell starts making copies of influenza viruses, the newly copied viruses’ NA surface proteins enable them to exit the host cell. When the viruses have exited the infected cells, they are free to infect nearby healthy cells, thereby spreading infection.

Antiviral drugs, such as oseltamivir and zanamivir, reduce NA’s ability to separate from the cell.

The M2 ion channel assists with virus entry into host cells and release of viral proteins.

Influenza A and B viruses are RNA viruses that have eight gene segments.

Collectively, these genes contain the genome of the virus, which is the complete set of ‘instructions’ for making new viruses. It is these instructions that influenza viruses use once they infect a human cell to trick the cell into producing more influenza viruses.

Influenza genes, like all genes, consist of a sequence of molecules called nucleotides that bond together in a chain-like shape. 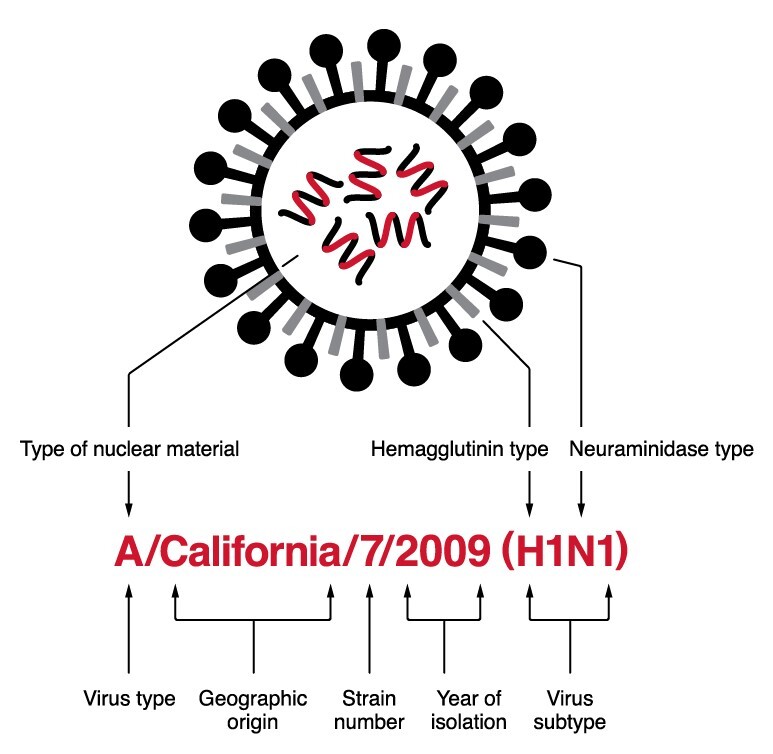 In order to prevent stigma, we no longer name influenza epidemics or pandemics after specific countries. CDC follows an internationally accepted naming convention for influenza viruses.