Unexpected Outbreak along the U.S./Mexico Border 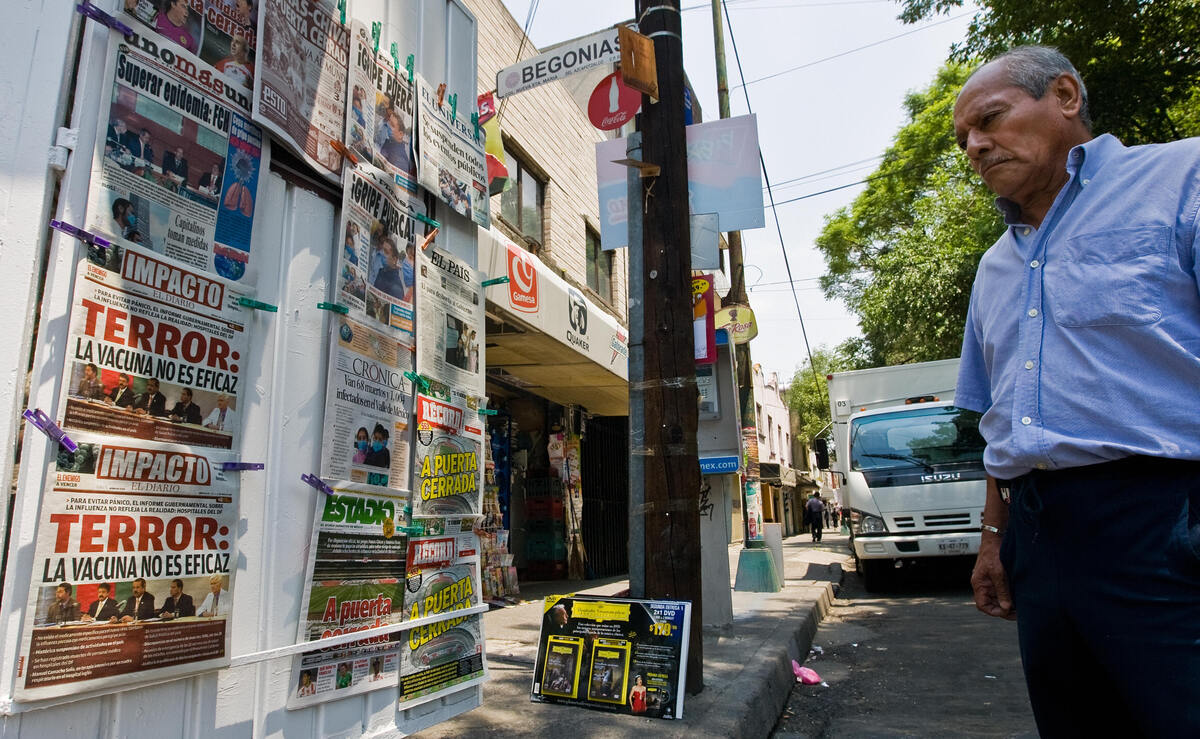 A man in Mexico City worried reads headlines regarding the 2009 H1N1 pandemic, 2009

In April 2009, a novel influenza A(H1N1) virus was detected in California that would later be called “influenza A(H1N1)pdm09.” The virus was made up of a unique combination of influenza genes of avian, swine and human origin that had not been previously identified in animals or people. Ninety-one (H1N1)pdm09 infections had been confirmed in the U.S., with one death, by late April. By May, there were more than 300 cases. In addition to the cases in California, the World Health Organization (WHO) and the Pan American Health Organization (PAHO) had been notified of outbreaks of severe respiratory infections throughout Mexico.

The emergence of the pandemic virus in North America was unexpected. Many health experts had believed that the next influenza pandemic would be caused by an avian influenza A(H5N1) virus, and would emerge in Asia. The world watched anxiously as the A(H1N1)pdm09 virus began to spread. The first pandemic of the 21st century had begun. 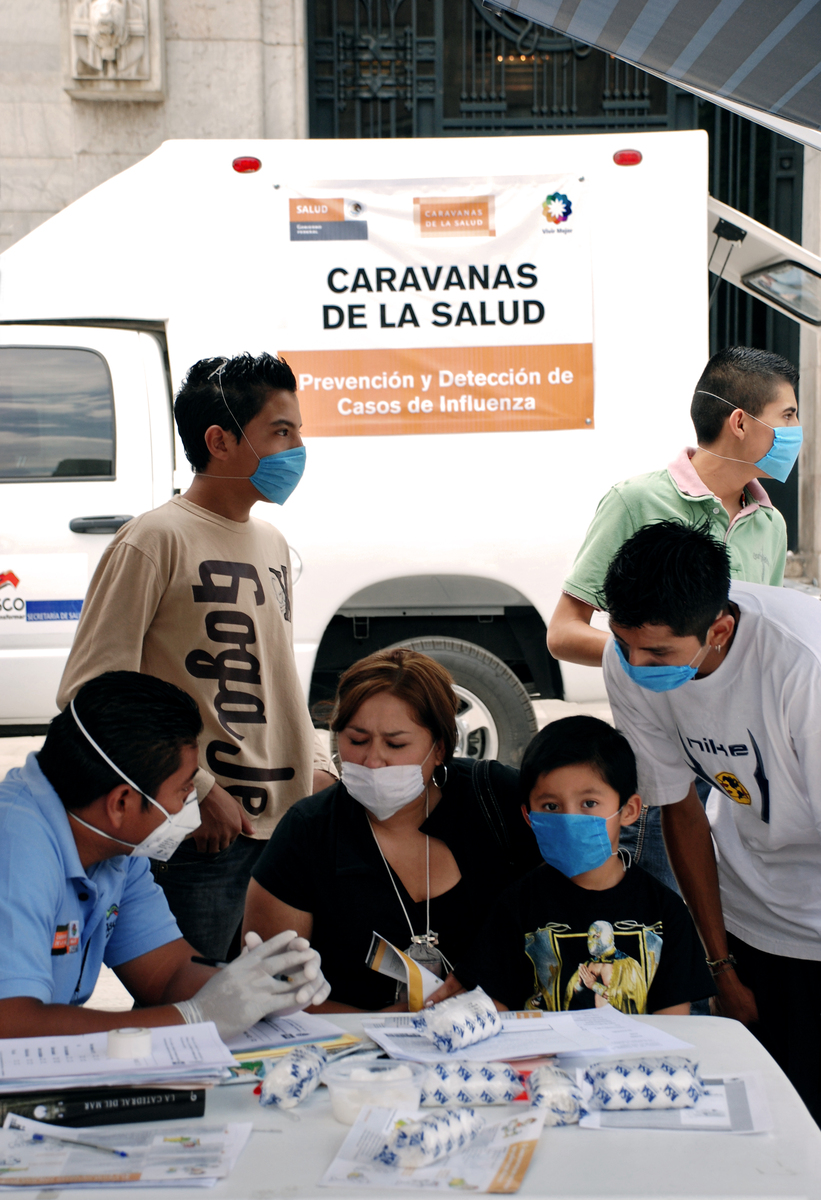 The H1N1 pandemic in Mexico City

On April 24, 2009, the Council for General Hygiene met with the President of the Mexican Republic. With the approval of the President, the Council called for the closure of all schools in Mexico City.  It also began efforts to inform the public about good hygiene practices; distributed mask and alcohol hand-sanitizer to the public; and discouraged large public gatherings. Mexico City photographer, Rodrigo González, was able to capture the unfolding outbreak and the measures to contain the virus. As the epidemic evolved, Mexican public health authorities assessed the behavior of the novel influenza virus, and, after 13 days, made the decision to restore normal community life and reopen educational, facilities. 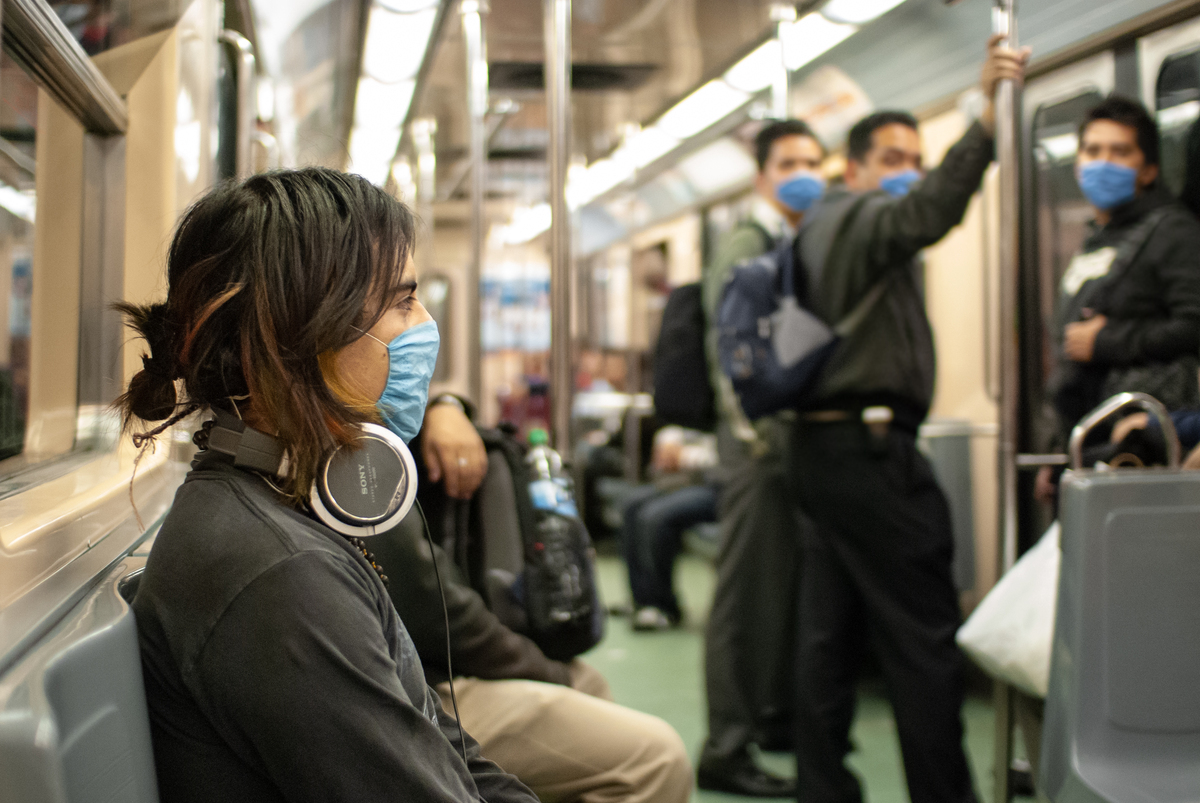 A young woman wearing a protective mask rides the subway in Mexico City, 2009 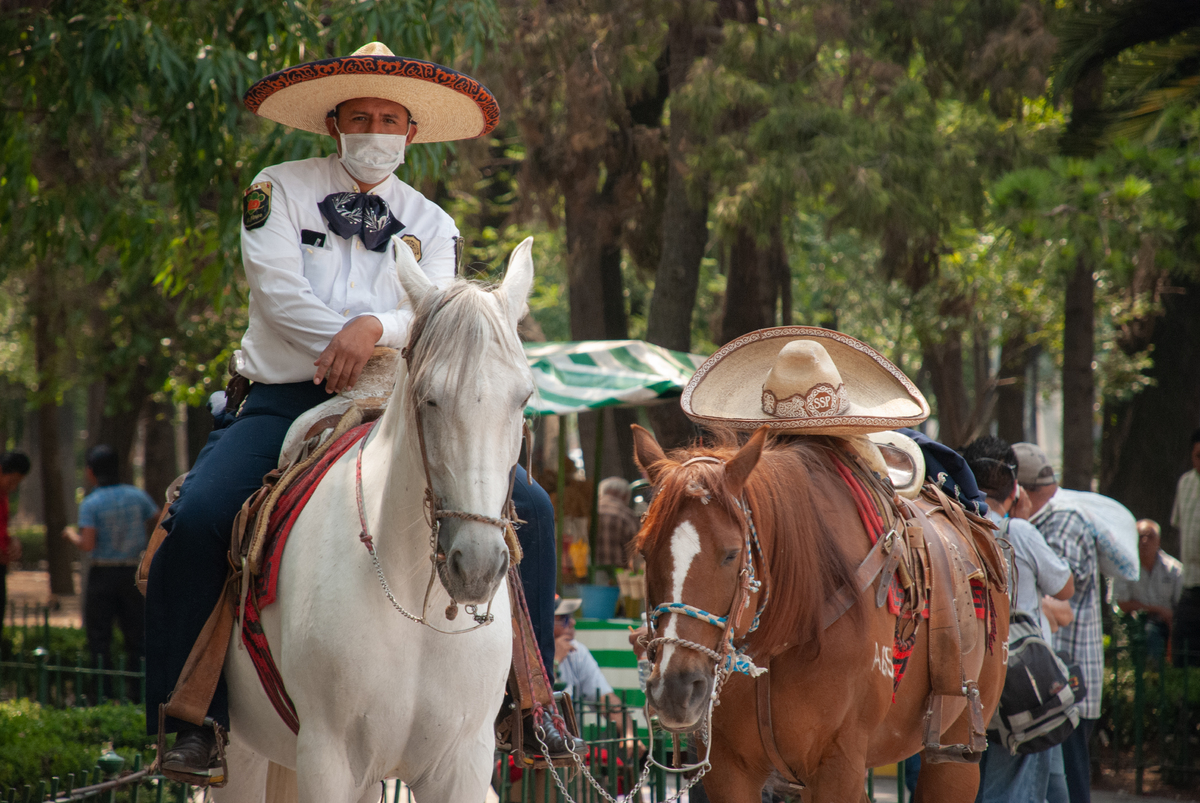 Policeman wearing a mask as he patrols Mexico City, 2009 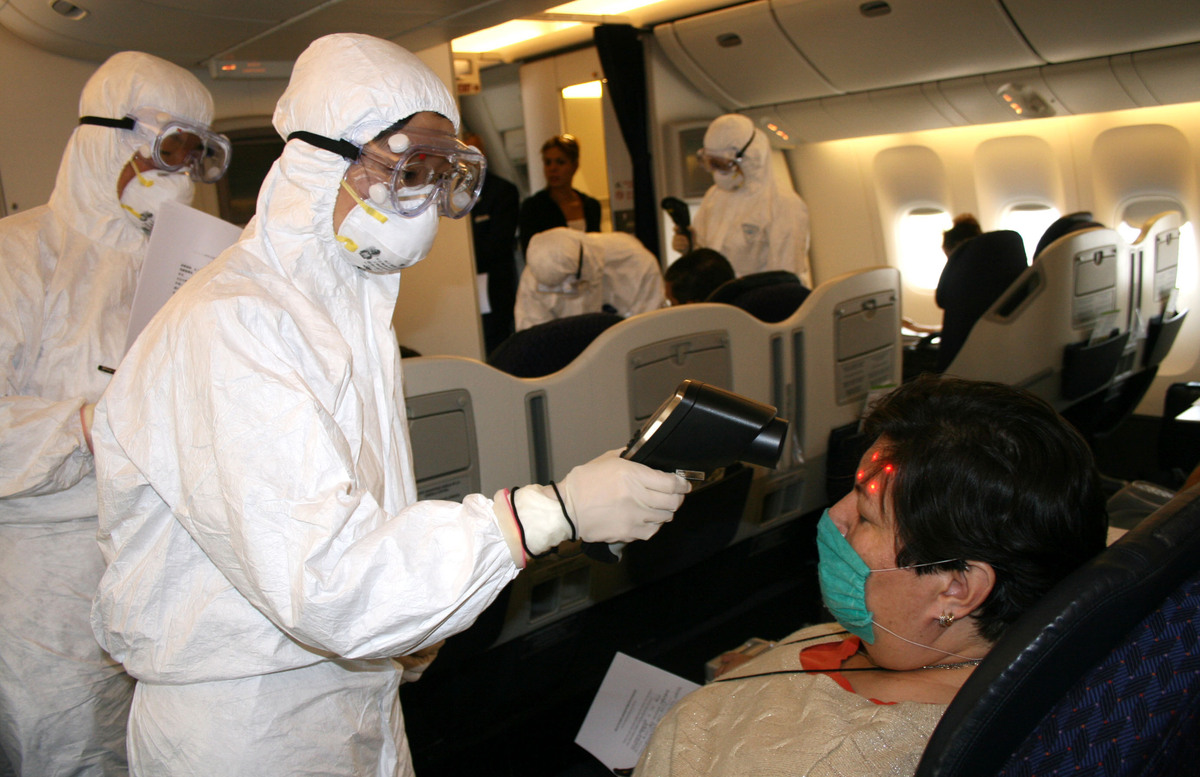 Some Mexican citizens were stigmatized as disease carriers. China and Hong Kong, still reeling from memories of the SARS outbreaks, tested healthy Mexican travelers after one traveler from Mexico City was suspected of being infected with influenza.

In the U.S., Mexicans and other Latinos were quickly stigmatized as disease carries by non-Latinos. 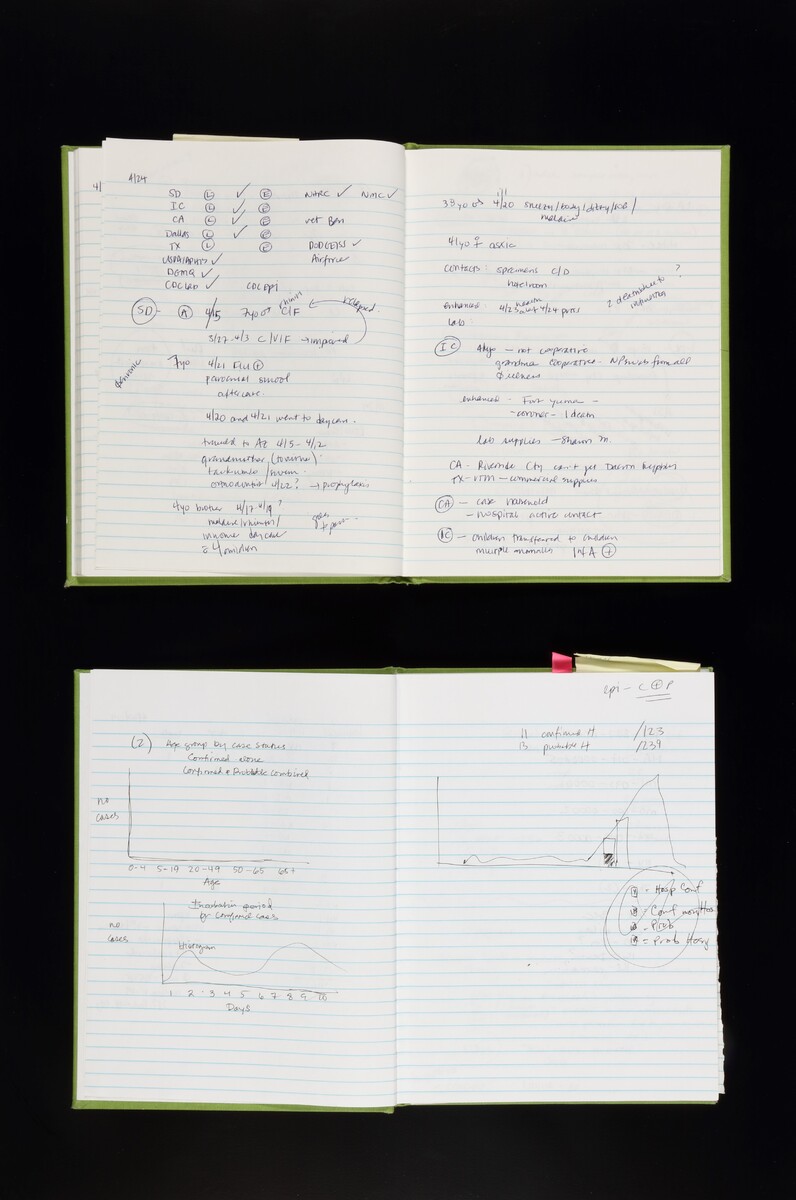 In mid-April 2009, CDC received samples from the first patient with suspected (H1N1)pdm09 from California.  Two days later, the California Department of Public Health called to report a second patient.  In the early days of the outbreak, CDC’s Dr. Seema Jain kept extensive notes on these two and subsequent patients before CDC conducted any field investigations.