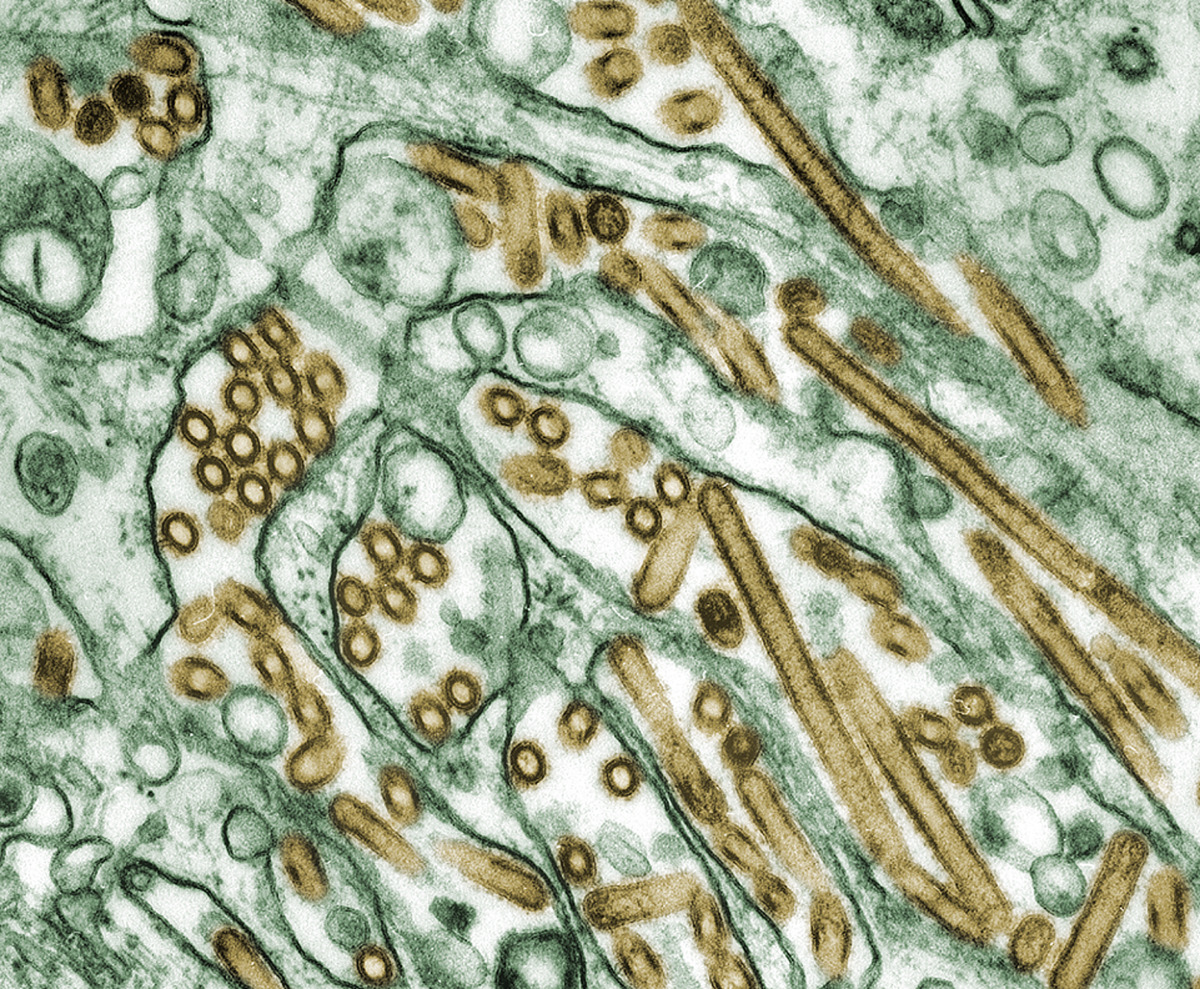 On May 9, 1997, a previously healthy 3-year-old boy in Hong Kong developed influenza-like symptoms. He was hospitalized, and soon after died. Influenza A virus was isolated from the young boy, but the virus could not be subtyped.

To help solve this puzzle, Chinese scientists sent samples to CDC and other influenza research centers. CDC, along with scientists in United Kingdom and the Netherlands, independently identified the virus as influenza A(H5N1).

The news was alarming. Before discovery of avian H5N1 viruses that spread directly to people from poultry, scientists believed that avian influenza viruses needed to pass through pigs before they could infect humans. But the scientific evidence was clear – the novel influenza A(H5N1) had jumped the species barrier between humans and birds. 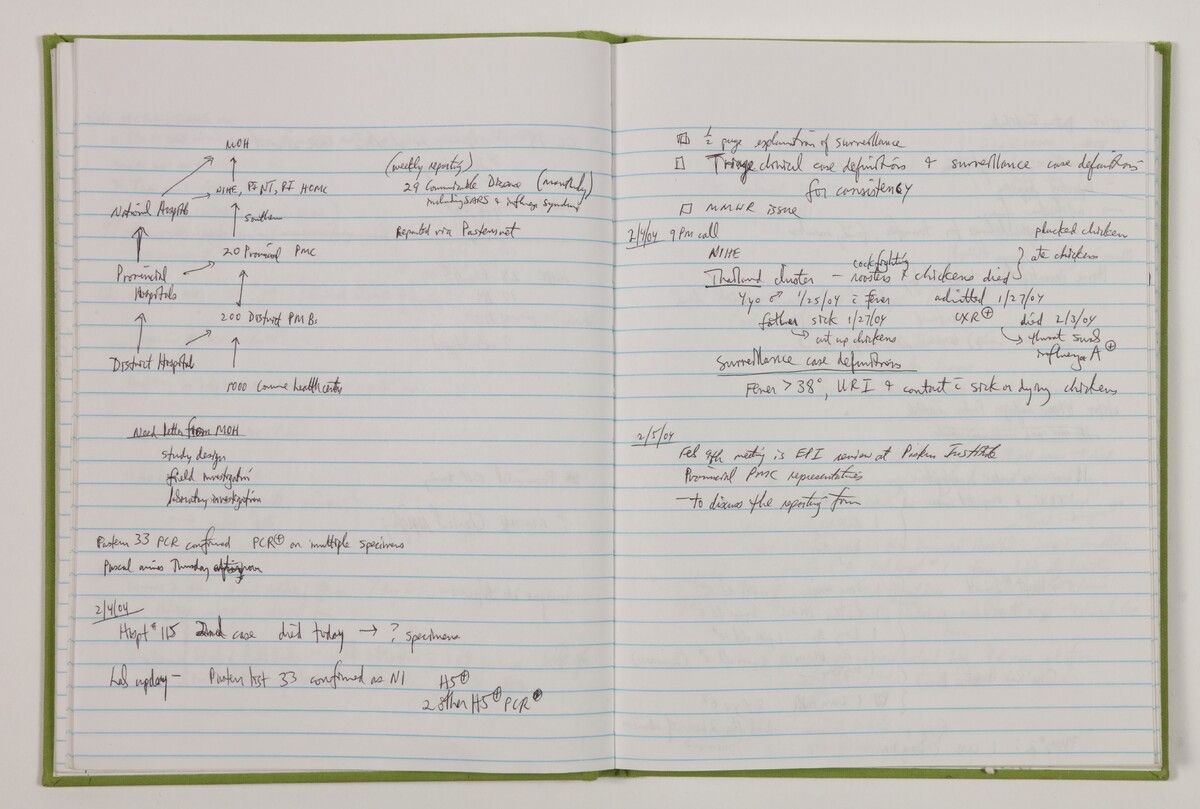 Dr. Uyeki was on of the epidemiologist sent to Hong Kong to investigate avain influenza outbreaks in 1997. He took extensive notes during the investigation.

Further infections were distressing, causing many to worry that a new, deadly influenza pandemic was on the horizon. In December 1997, a team of CDC scientists aided the Hong Kong Department of Health in the investigation of an epidemic caused by this novel influenza virus. Their objectives were to detect and investigate any new cases and to determine to what extent the infection was being transmitted – either from person-to-person, birds-to-humans, or both

To determine if person-to-person spread was occurring, and if so, to what extent, CDC and the Hong Kong Department of Health needed to examine if any of the victims had any common exposures, as well as be vigilant for any new cases.

In addition to the human cases, influenza A(H5N1) was spreading throughout Hong Kong’s poultry markets. Hong Kong in 1997 had a thriving poultry market with approximately 120,000 live poultry sold each day throughout its 1,000 retail market stalls and shops. Since late March 1997, Hong Kong poultry farms had experienced outbreaks of H5N1 that had continued into the winter.

Through the investigations of the Hong Kong Department of Health and CDC, it was determined that close interactions with infected poultry was the source of the epidemic. On December 28, 1997, after continued outbreaks among poultry farms, Hong Kong authorities made the tough decision to cull the 1.6 million bird living in Hong Kong poultry markets, halt importation of poultry from neighboring markets, and institute strict policies regarding the trade of poultry in markets. These measures were successful and no further cases of H5N1 in humans or poultry occurred in 1998.

H5N1 viruses re-emerged in 2003 in poultry, and since that time, have caused sporadic human infections, first in Asia, and later in Africa, Europe, and the Middle East. Since 1997, CDC’s Influenza Division has been dedicated to helping combat avian influenza viruses no matter where they occur in the world.

For example, Cambodia reported human infections with avian flu viruses in January 2004. Since then, the Cambodian Ministry of Health has partnered with other international agencies to strengthen their pandemic preparedness, including educating the public about avian influenza.  These posters teach Cambodian farmers about safe agricultural practices. 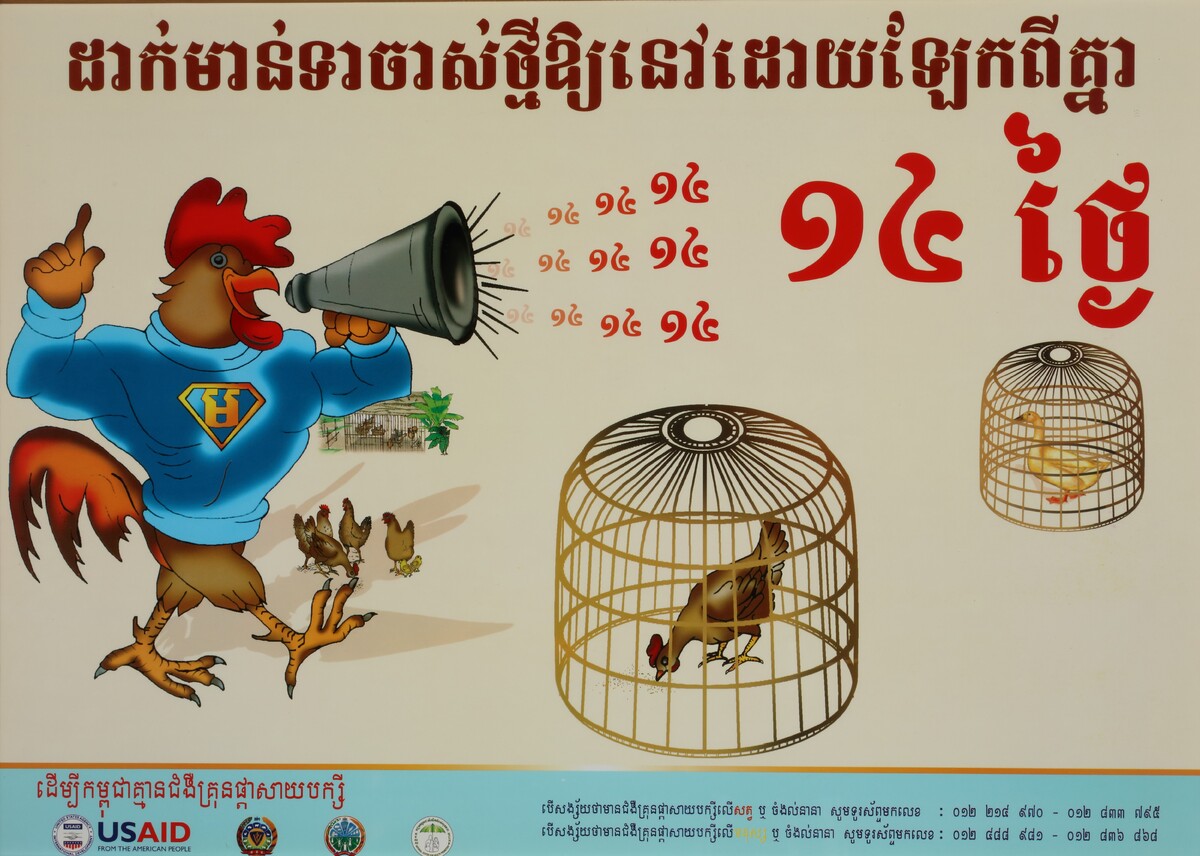 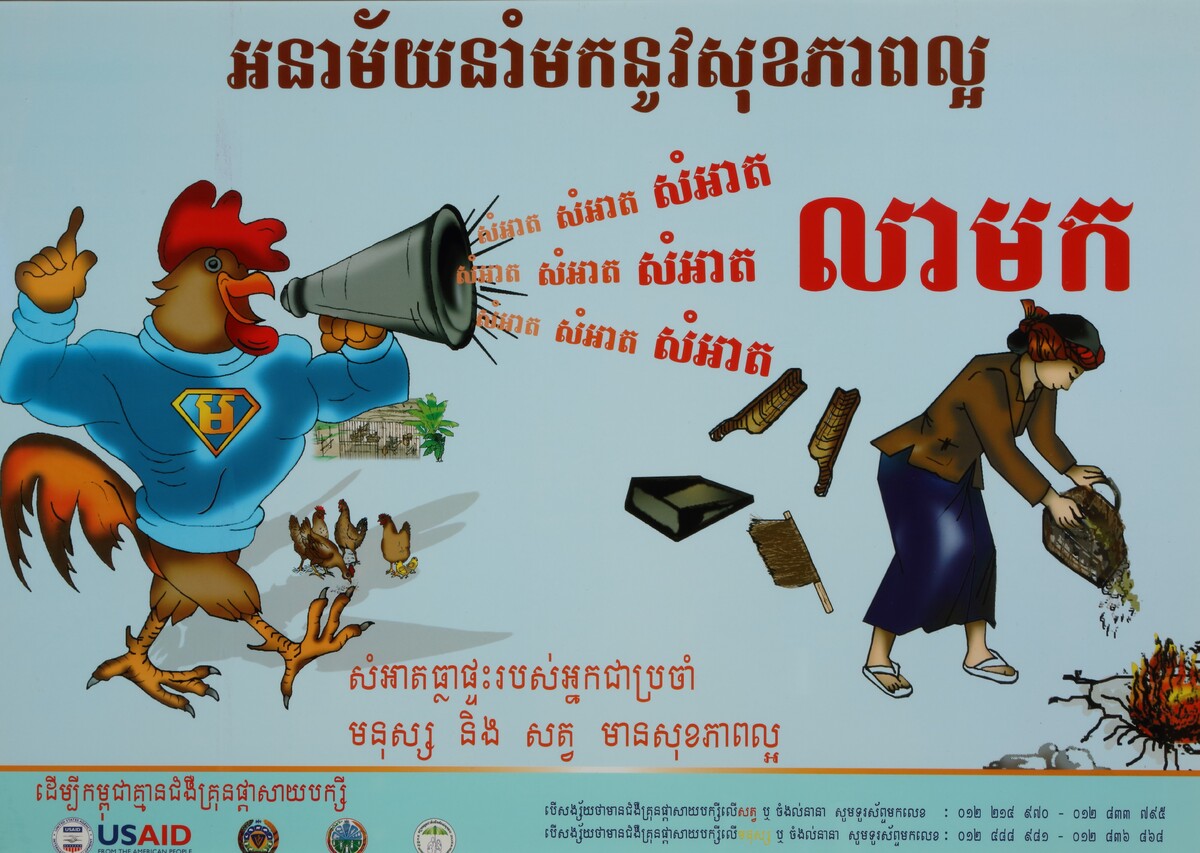 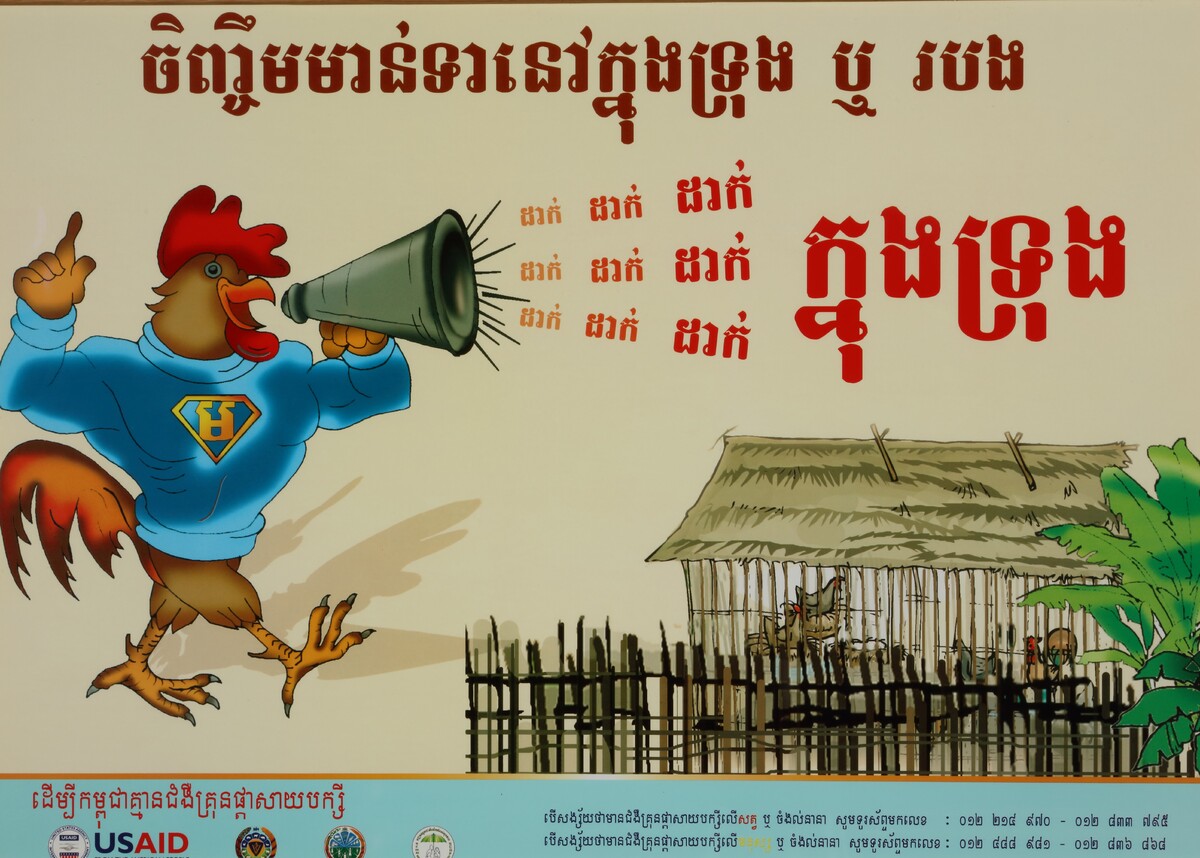 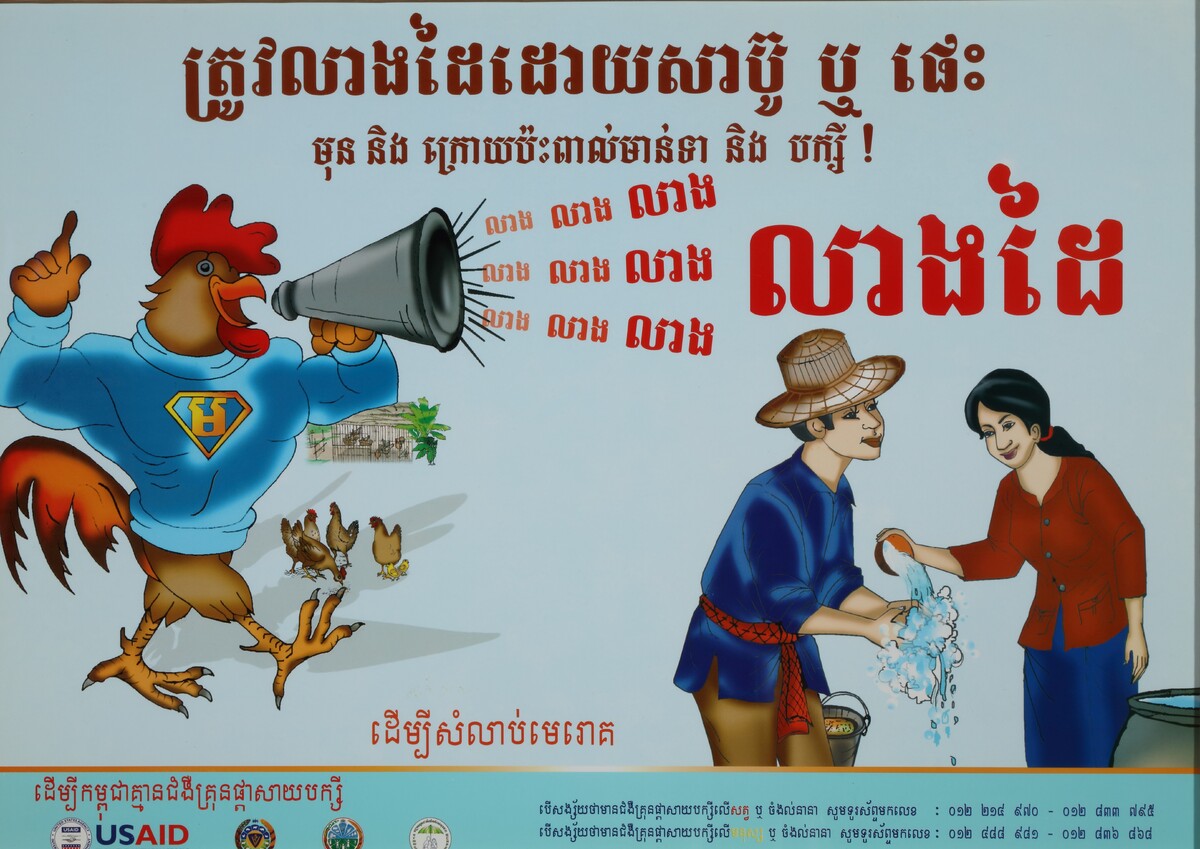 In 2007, Indonesia learned that the World Health Organization (WHO) had shared an influenza viral sample collected from Indonesian patient with a pharmaceutical company. The pharmaceutical company then then modified and patented the virus and offered to sell a vaccine with the patented influenza virus to Indonesia. After this incident, Indonesian public health authorizes declined to share viral samples with WHO.