False Alarm on the Apollo Mission 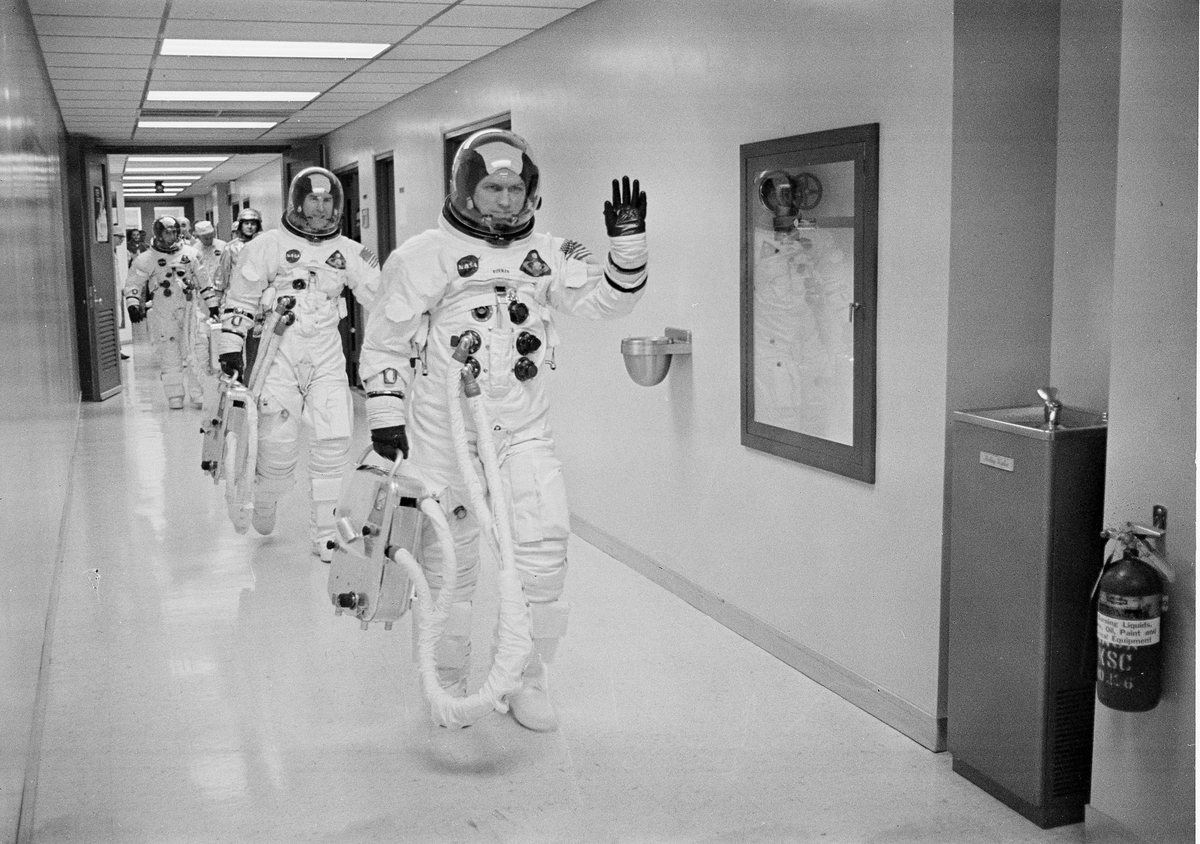 NASA’s Apollo Program captured the world’s attention in 1968. In October, just as the 1968 pandemic was beginning to hit the continental U.S., the crew of Apollo 7 manned the first Apollo orbital flight.

After lift-off, Commander Walter M. Schirra reported that he had a bad head cold. One day later, lunar module pilot R. Walter Cunningham also reported cold symptoms. Could they have the flu? During post-flight examination, no symptoms remained, and tests confirmed they did not have flu.

Due to the experience of Apollo 7 crewmembers, NASA developed a preventive protocol to protect the health of crewmembers for subsequent missions. The Apollo 8 mission occurred when the 1968 pandemic was in full swing.  The crew was vaccinated, along with the hundreds of persons who worked with them daily, and crew members were semi-isolated prior to take-off.

As the Apollo 8 mission launched during the pandemic, NASA took special precautions to protect the astronauts from influenza and to prevent a similar event that occurred on the Apollo 7 mission from happening on the Apollo 8.

During the Apollo 8 mission, Commander Frank Borman experienced headache, sleeplessness, nausea, and gastrointestinal distress. As the crew of Apollo 8 had attended a White House dinner with several guests who had influenza symptoms before they were semi -isolated prior to launch, some speculated that Borman might have contacted flu. It appears that Borman’s symptoms were gastrointestinal and mislabeled “influenza”. 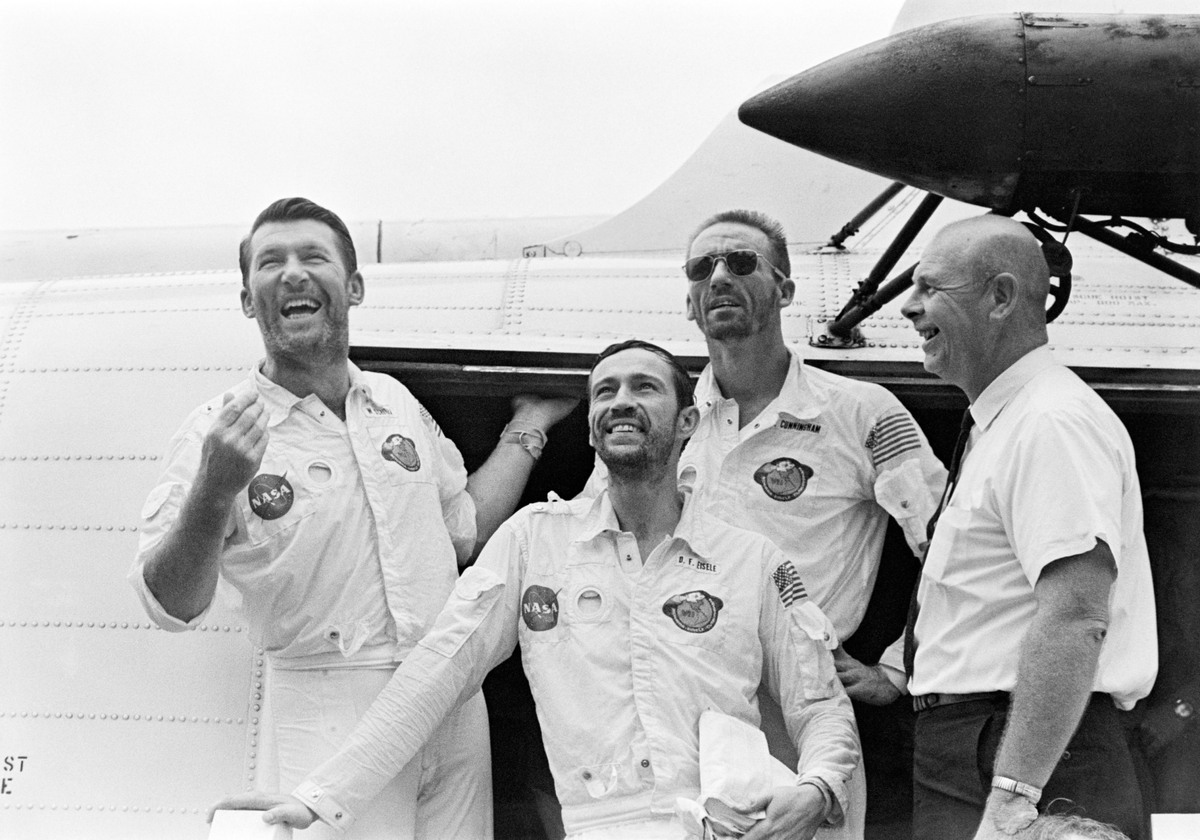 When the crew of Apollo 7 was examined after their mission, each crew member tested negative for flu. Although they tested negative at that time, the crew of Apollo 7 became infected with influenza A(H3N2) viruses after their missions during numerous public appearances and debriefing sessions. Becoming stricken with influenza or a cold during celebratory public appearances is a common experience for astronauts. 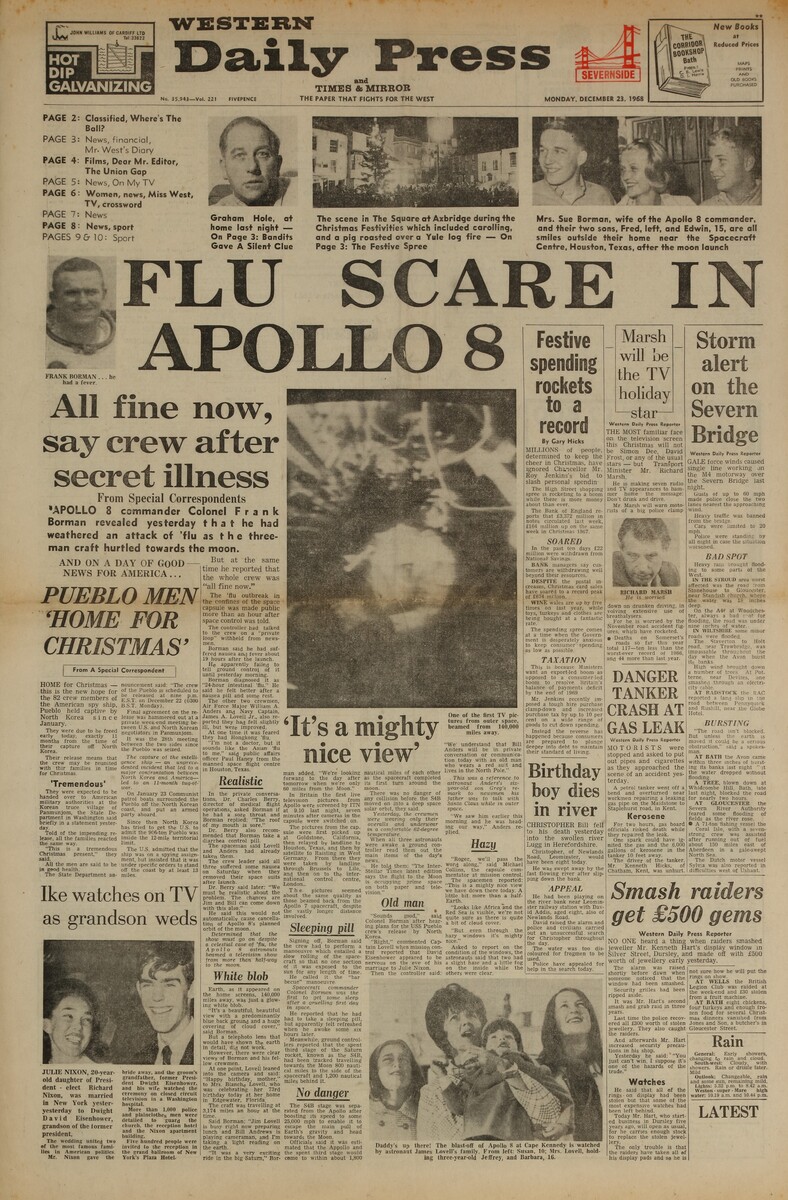