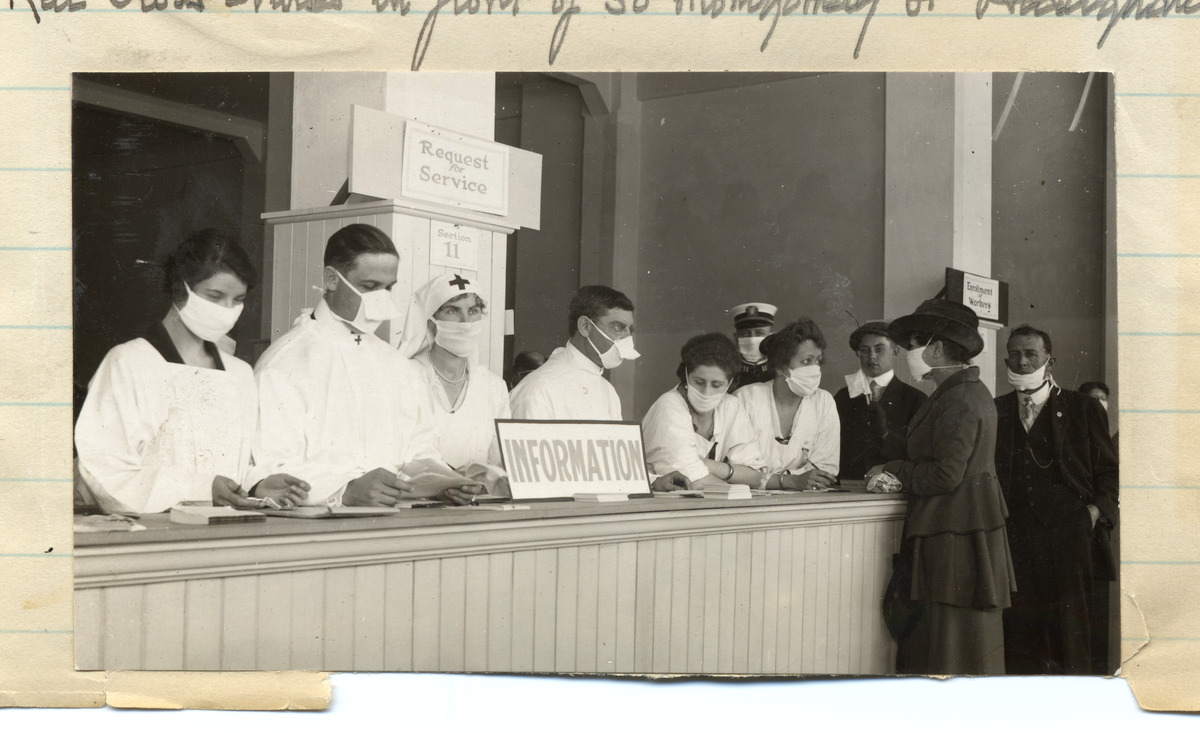 1918: The Beginnings of an Epic Event

Historians have debated which country saw the first cases of pandemic influenza in 1918 for years. While it is not clear where the virus first emerged, we now know that this pandemic was caused by an influenza A(H1N1) virus.

Even though the geographical origin of the pandemic is disputed, its devastation is not.

In the U.S., wartime conditions combined with the pathogenicity of the virus caused tremendous number of infections and deaths.

In March 1918, influenza outbreaks occurred in Army training camps scattered throughout the U.S. Signs and symptoms ranged from typical flu-like symptoms we know today such as fever and headaches, to cyanosis–a skin discoloration that results from a lack of oxygen–which occurred in severe cases. 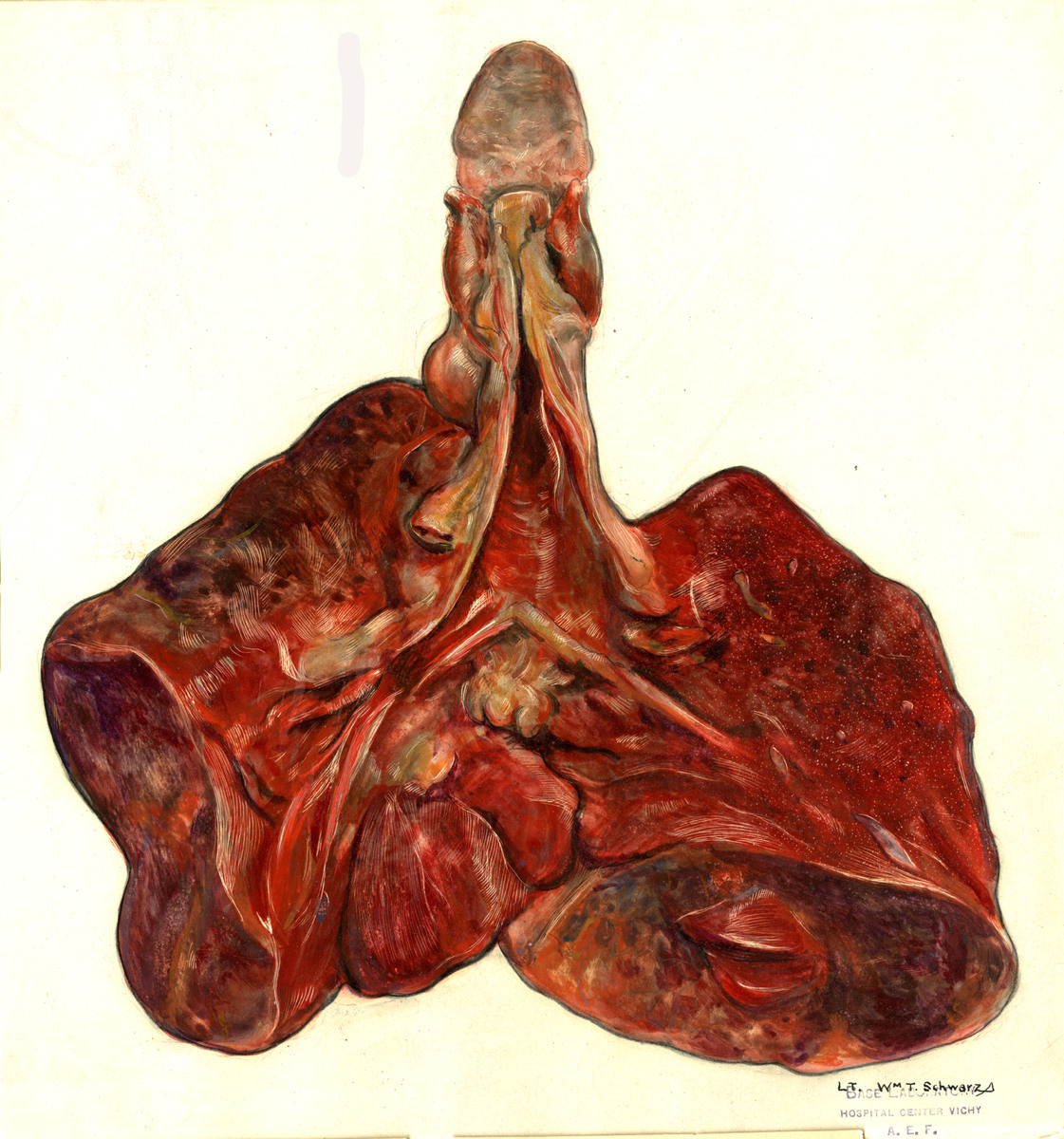 Postmortem illustration of the lungs of Private H.D. Cauvel, Medical Division Base Hospital 76, who died October 8, 1918