Mortality Statistics and Public Memory of the 1918 Pandemic

“It was a strange, never-to-be-forgotten sight,- that long deep room, the old, the young, the sick, the dying, and those who had passed beyond, all lying together.” F.M.A, The American Journal of Nursing, 1919

In the U.S. It is estimated that about 500 million people, one-third of the world’s population, became infected with the pandemic virus. The number of deaths was estimated to be at least 50 million worldwide with about 675,000 occurring in the U.S.

The 1918 pandemic hit the U.S. when the population was much smaller. If a pandemic like 1918 hit the U.S. today and resulted similar mortality rates, more than 2 million people would die.

Mortality was high in people younger than 5 years old, 20-40 years old, and 65 years and older. High mortality in healthy people, including those 20-40 years, was a unique feature of the pandemic.

Who Is Included in these Statistics?

While the death toll is staggering, we need to recognize that this is just part of the picture and not truly representative. The total mortality data for the 1918 influenza pandemic relied on data from only a small portion of the U.S. While data from states in the northeast, upper Midwest, and west coast are included, only four states from the Southeast, three states from the mountain west or central plains, and no states from the southwest are included.

In addition, states included in the total only account for half of the U.S. population of Black Americans at the time. Alabama, Georgia, Mississippi, and Texas, with more than four million African Americans living in those states at the time, are not included in the statistical record for the 1918 pandemic. As the pandemic took a harsher toll on Black people compared to their White counterparts, we can assume that the death toll for the 1918 pandemic is much higher.

In addition to this, less than half of Americans at the time lived in urban areas (areas with a population of more than 2,000). By contrast the population of the states included in the mortality statistics for the 1918 pandemic were more urban, reflecting the larger cities in the northeast and Midwest and not reflective of the U.S. as a whole.

In the U.S., historians have called the 1918 influenza pandemic, “America’s Forgotten Pandemic.”

In the wake of the devastation left by the pandemic and World War I, many who were affected were reluctant to share their feelings or experiences. Historians have speculated about why so many chose to forget the pandemic. Some suggest it was due to a common perception of influenza as a permanent fixture of life, and therefore not memorable. Others believe it reflected a shared desire to forget the tragic and tremendous loss of life. However, some transformed their memories of the experience into paintings, literature and songs. 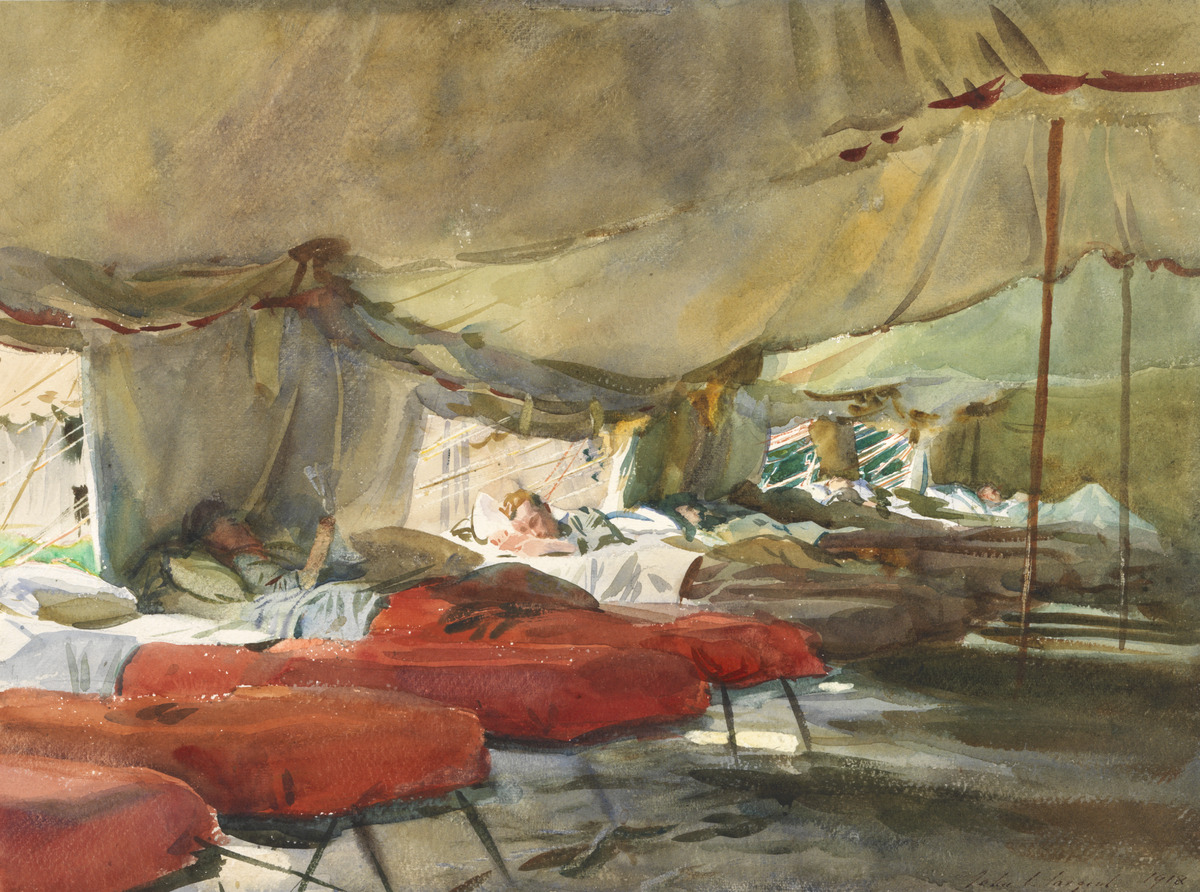 Interior of a Hospital Tent

American painter John Singer Sargent was one of the most acclaimed artists of his time. While gathering materials in 1918 for Gassed, his monumental painting depicting wounded soldiers on a World War I battlefield, Sargent was suddenly stricken with influenza in Peronne, France. He was taken to a nearby hospital near Roisel. As he spent a week lying in a hospital bed alongside wounded soldiers, Singer was inspired to paint this work.

The 1918 pandemic seemed an apocalyptic event to many. For decades afterward, when influenza was remembered, some recalled it as a disease that spread quickly and killed many. This folk song notes a pervasive feeling of dread and fear during a seasonal influenza epidemic in 1929.

Ace Johnson, who performed the song as part of a Library of Congress initiative to record folk music across the U.S., recalled that he learned the song from “a holiness boy” in Amarillo, Texas. 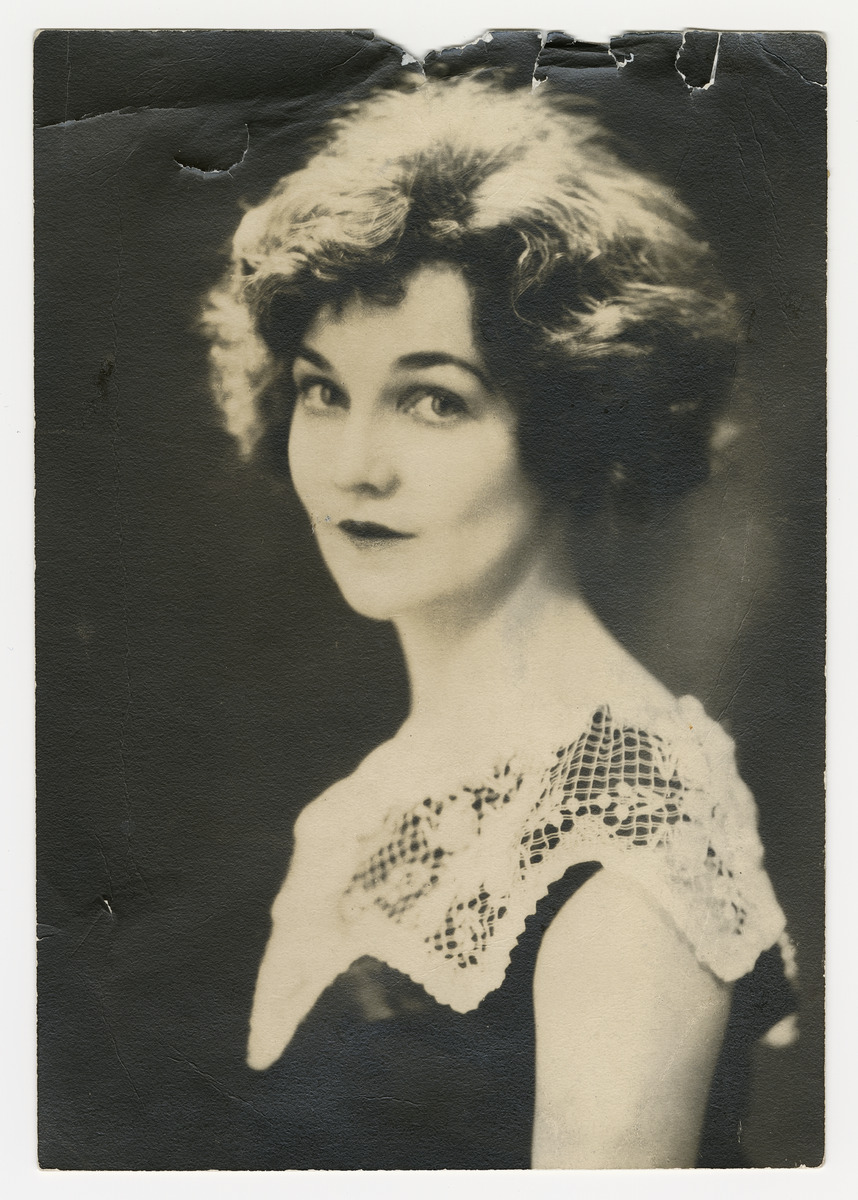 “Invisible but Urgently Present”: Memories of the 1918 Pandemic in Literature

“There were no longer any multiple planes of living, no tough filaments of memory and hope pulling taut backwards and forwards holding her upright between them. There was only this moment and this one moment and it was a dream of time.” – Katherine Anne Porter, Pale Horse, Pale Rider, 1939

Memoirs, letters, and narratives written by those who lived through the 1918 pandemic present unique stories of the pandemic that interweave into the fabric of the larger, global experience. In 1918, Katherine Anne Porter was a 28-year-old newspaper reporter working in Denver, Colorado when she was stricken with flu. Porter’s death seemed certain. Her family had made preparations for her funeral, and the newspaper had already written her obituary. Amazingly, Porter recovered, but her sweetheart, Lieutenant Alexander Barclay, died of influenza. Porter said her experiences during the pandemic, “…simply divided my life.”

Pale Horse, Pale Rider, a short novel published in 1939, melds her memories with fiction to express her hazy and distorted experiences of the 1918 pandemic. 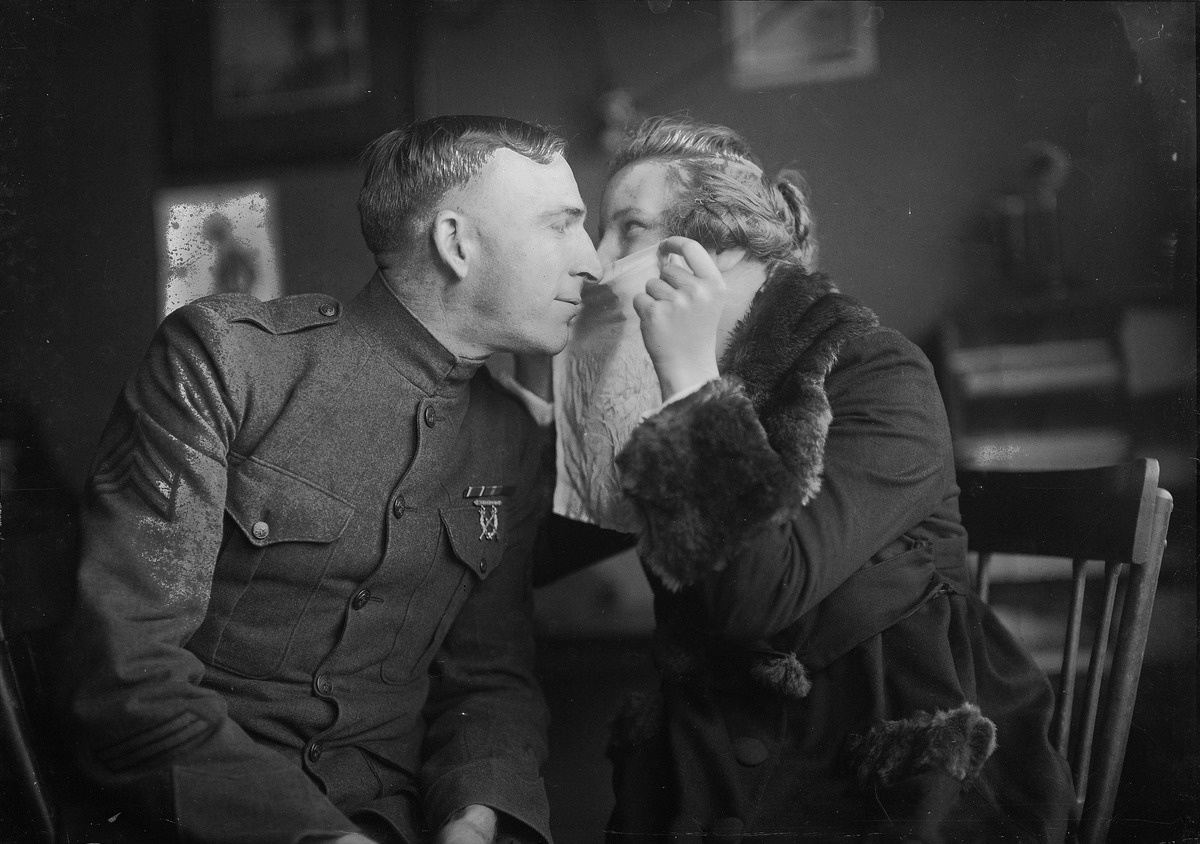 In 1918, a flu outbreak in Rochester, New York killed nearly 1,000 people. Despite the devastation, people carried on. In this photograph, a couple shares an intimate moment through gauze masks.