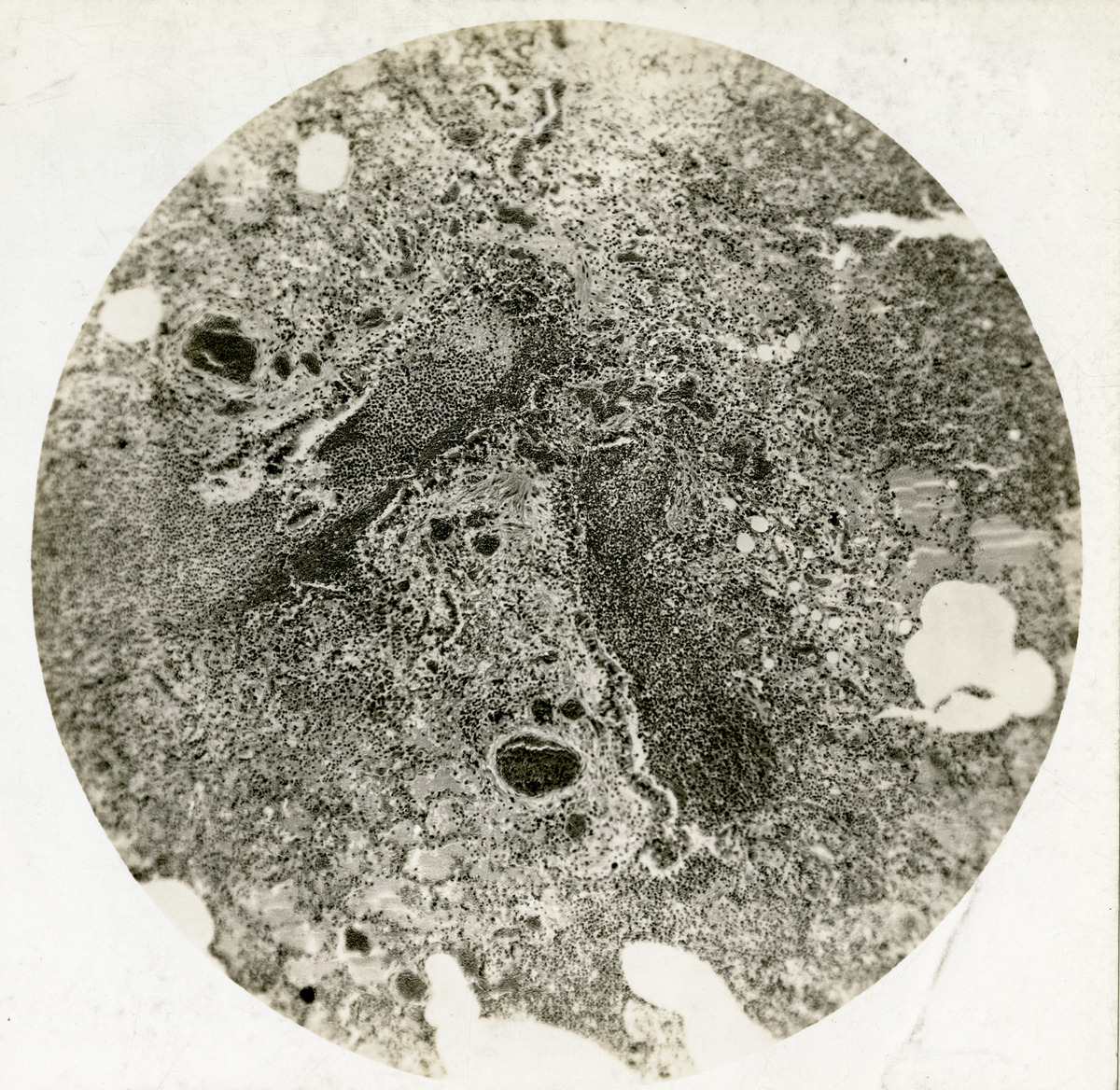 Microscope slide with Pfeiffer’s bacillus (Haemophilus influenzae) in sputum, circa World War I

Treating the Disease but Not Knowing the Cause

Scientists in the early 20th century had tools to identify and understand secondary bacterial infections that often occurred after influenza infection, but lacked an understanding of the influenza virus itself. In 1918, Pfeiffer’s bacillus, later named Haemophilus influenzae, was commonly believed to cause influenza infections. Doctors and public health officials were mystified when their efforts to control the disease failed. With no effective vaccine, control efforts worldwide were limited to non-medical interventions such as good hygiene, and limitations on public gatherings. 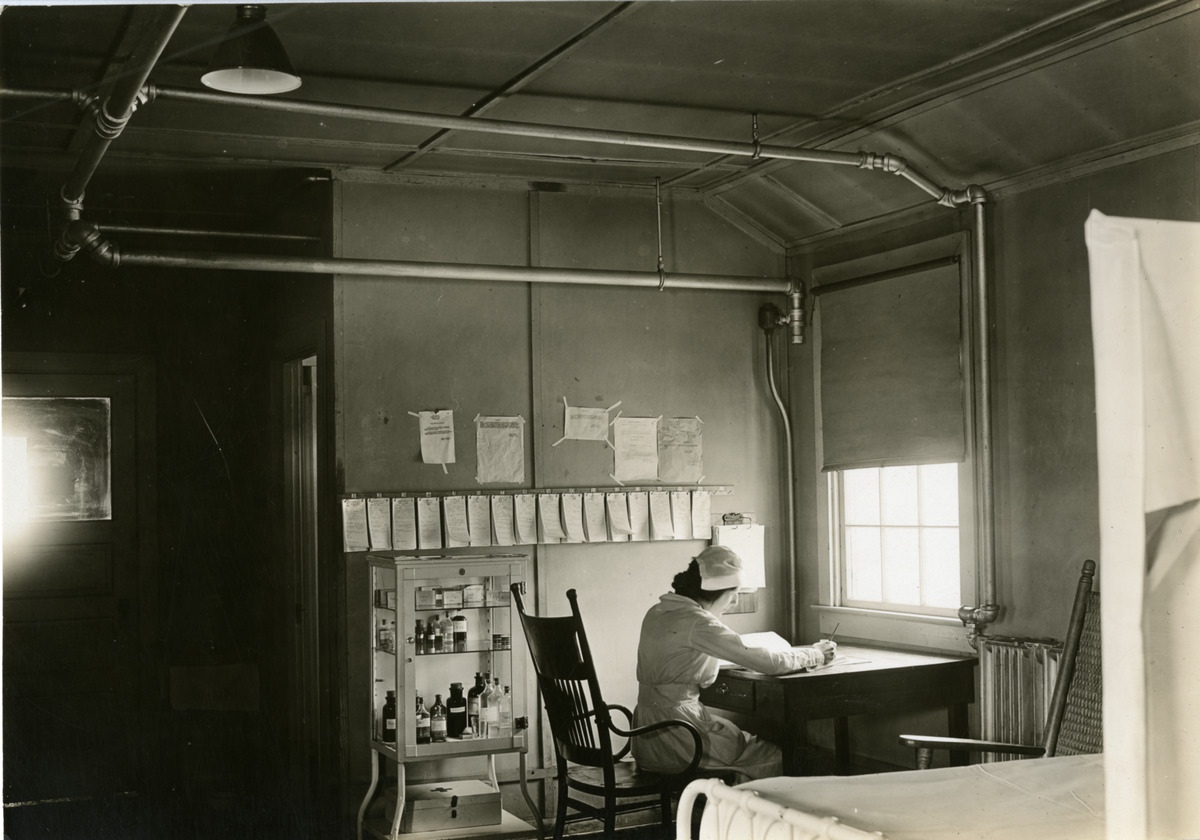 A nurse works alone in a hospital ward at Wilbur Wright Aviation Field, Ohio on February 21, 1919.

U.S. medical providers were spread thin during the pandemic because America’s engagement in World War I had placed many doctors and nurses overseas. Many cities across the U.S. called for qualified nurses to step up to address this shortage, but calls were aimed primarily at White women. Although there were highly qualified Black nurses who were willing to serve, they were not permitted to do so due to racial discrimination. 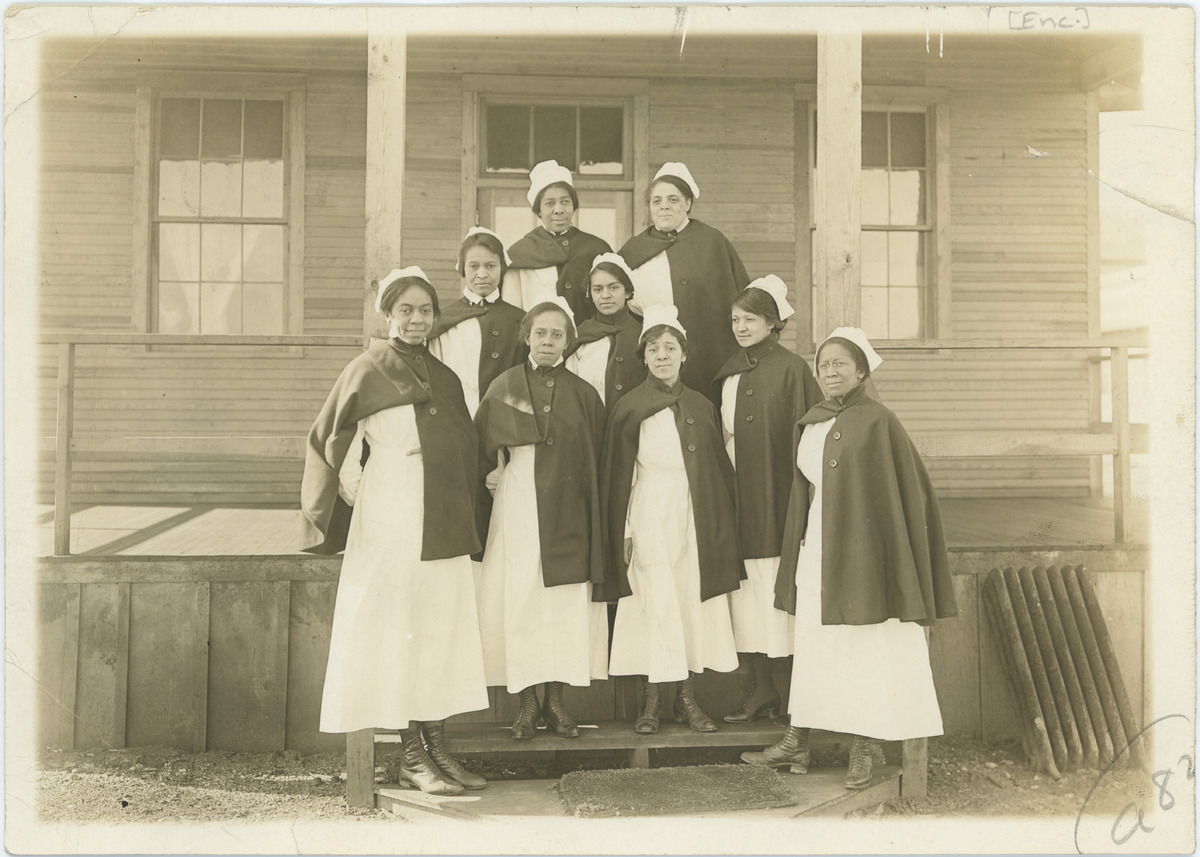 Despite their willingness to serve as nurses at the beginning of World War I, African American women were banned from doing so because of racial discrimination. Although the American Red Cross had rolled back its ban on recruiting African American nurses in 1917, it had failed to enroll any Black nurses. As the pandemic worsened shortages of medical personnel in the U.S., the U.S. Army dropped its ban against allowing Black nurses to serve. At Camp Sherman and Camp Grant in Ohio, African American nurses cared for both White and Black soldiers. 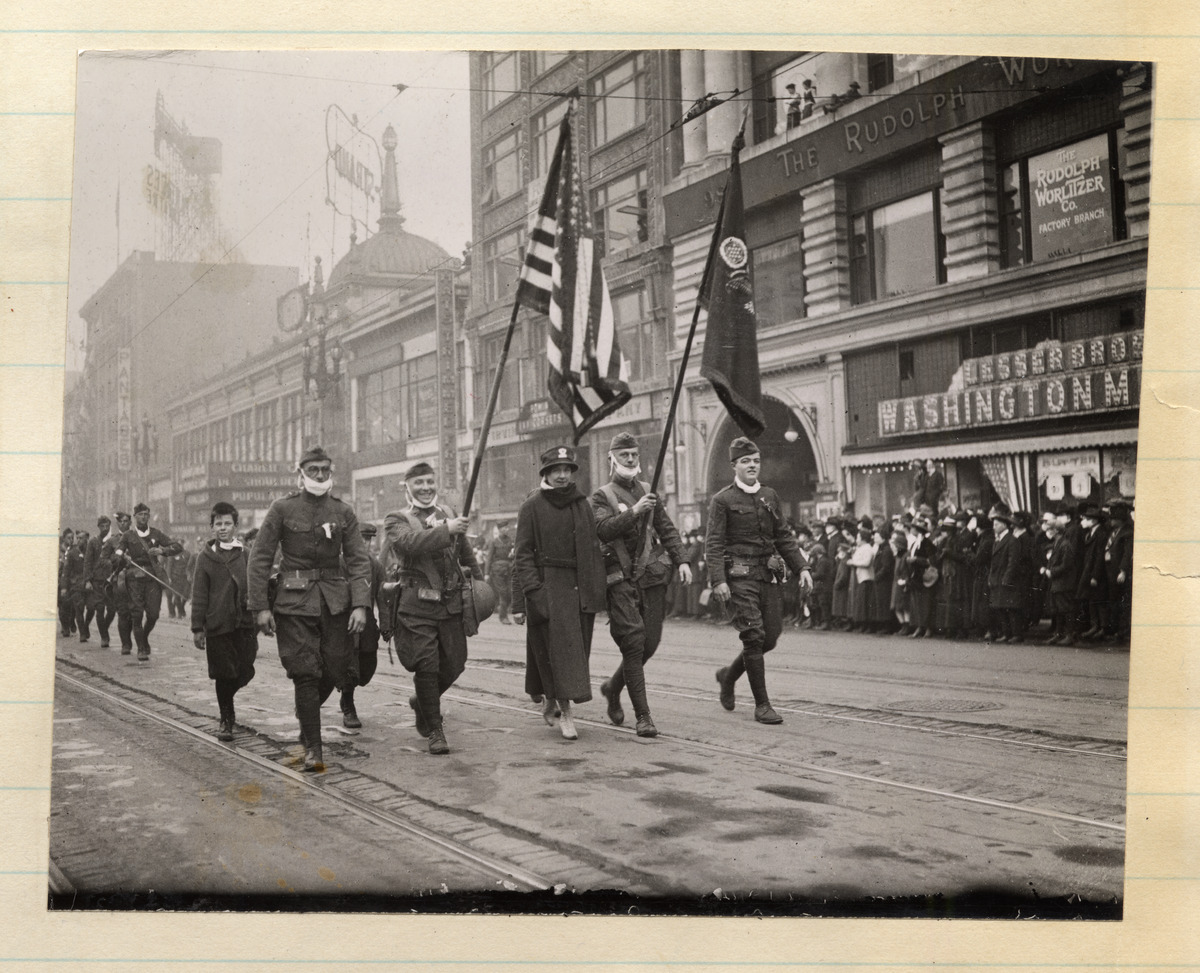 While some cities across the U.S. closed theaters, movie houses and night schools, public gatherings were not discouraged everywhere. To keep up public morale, some state and local public health officials downplayed the need for such measures. Parades celebrating the end of World War I took place in many cities despite bans on public gatherings. 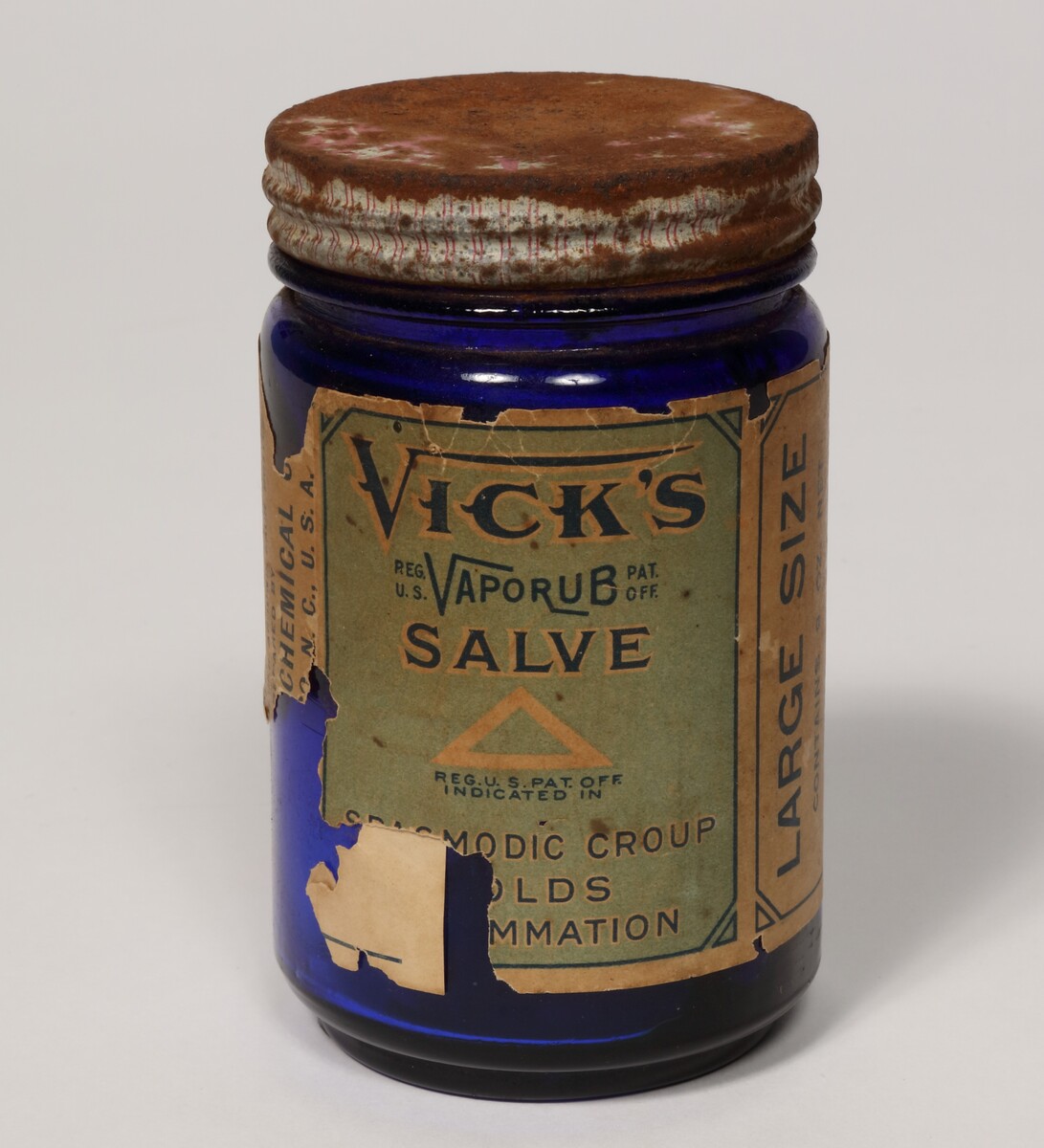 In the 1890s, a North Carolina druggist began producing and selling Vick’s VapoRub (now called Vicks Vaporub). The salve was a huge success and began to be sold throughout the south. The popular southern product had only recently begun to be sold in New York and New England in the early 1900s.

During the pandemic, folk remedies and treatments with strong smells were used for prevention or symptom relief. Demand for Vick’s VapoRub skyrocketed during the 1918 pandemic. The company published advertisements that included advice on how to treat influenza. Noting that there was no cure for influenza, the advertisements advised sick people to stay in bed and call for a doctor. 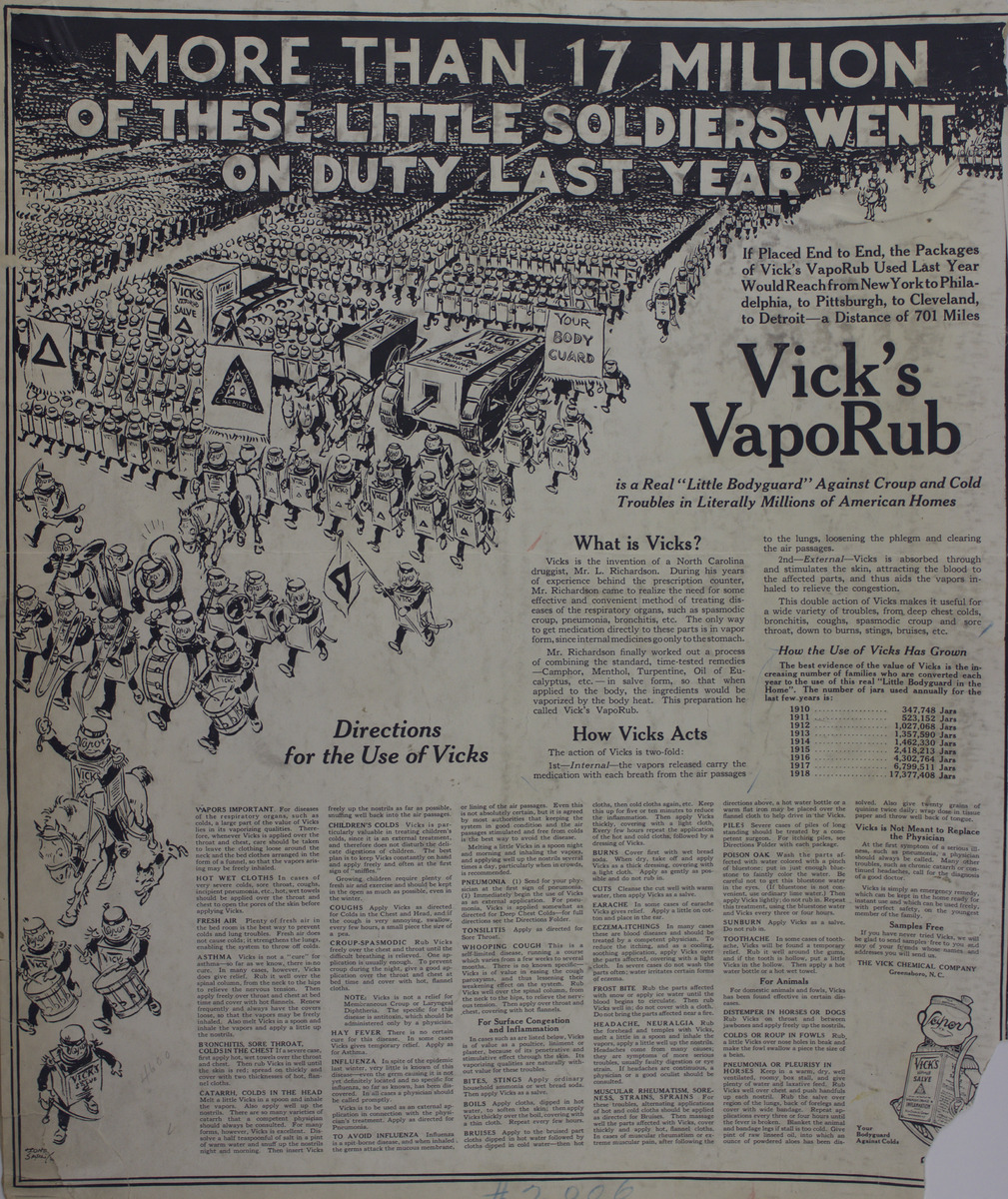 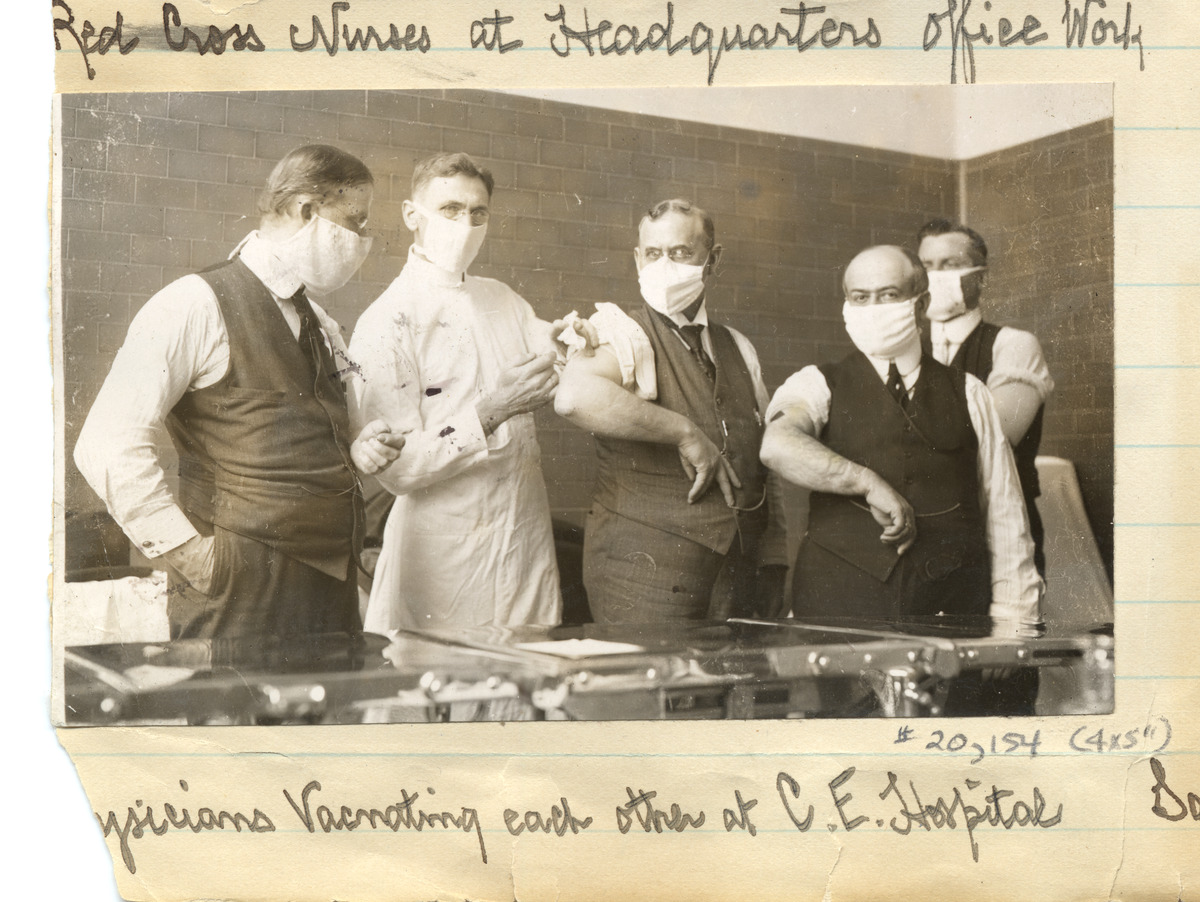 The influenza virus had yet to be discovered in 1918 but this did not deter physicians at the time from attempting to vaccinate people against the pandemic. As Pfeiffer’s bacillus (later named Haemophilus influenzae) was believed to be the microbial agent responsible for the pandemic, dozens of vaccines derived from Pfeiffer’s bacillus were given during the pandemic. For example, this doctor in San Francisco, California administers a vaccine during the pandemic. The writing under the photograph reads, “Say! Fellas How’s that for a Beauty Spot?”