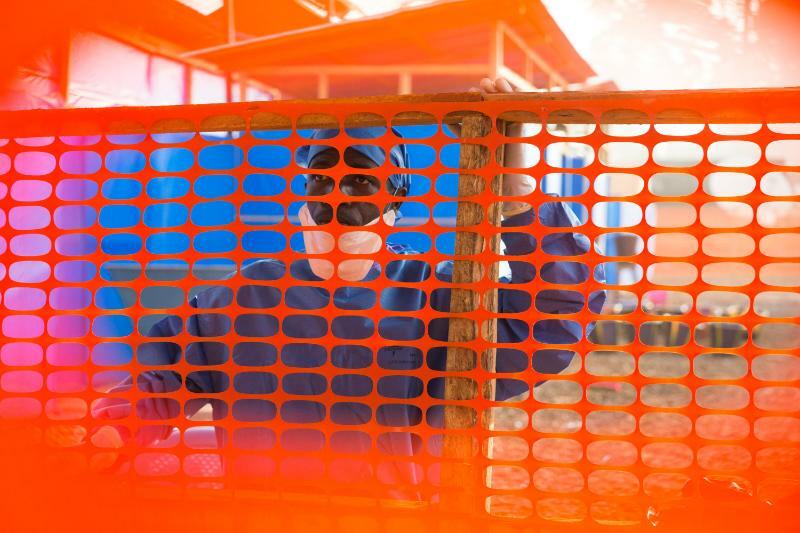 An Ebola survivor working at the child care center at the N'zérékoré, Guinea, ETU managed by the Alliance for International Medical Action (ALIMA). Photograph by Martine Perret, UNMEER

Before the Ebola outbreak, Guinea, Liberia, and Sierra Leone already had severe health care worker shortages. Early in the Ebola crisis, health care workers treating people with Ebola were some of the first to lose their lives. Responding to an urgent call at the peak of the outbreak, health care professionals from around the world volunteered to work in ETUs alongside local health care workers. Most international volunteers worked for six-week periods, while local staff were in the field for much longer periods of time, risking their lives to serve their communities.

Confronting Ebola was a relentless endeavor, physically exhausting and mentally demanding.  Workers treated patients in stiflingly hot conditions wearing PPE that could only be safely worn for an hour at a time. Many workers felt responsible for the deaths of patients, witnessed tremendous human suffering, and saw many of their co-workers die. Exhausted workers bravely and tirelessly stepped up and continued to tackle the outbreak each day, despite facing stigma and fear in their own communities. Local health care workers were the backbone of the effort to eliminate Ebola. 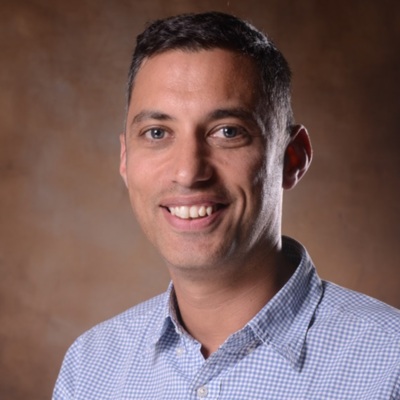 Dr. Charles Alpren, a doctor treating Ebola patients in Sierra Leone in 2014, describes the intimacy of caring for someone while wearing PPE. (Transcript) 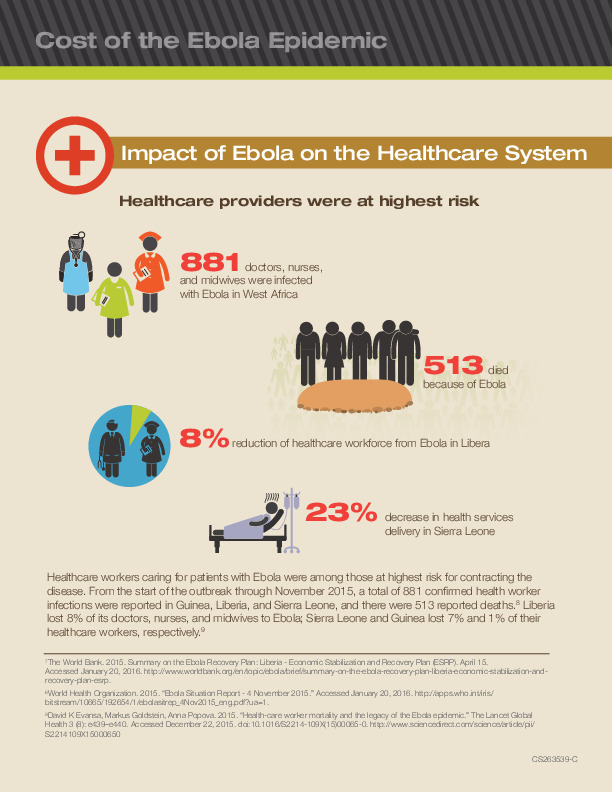