Epidemiologists used this whiteboard at the Western District Ebola Response Center (DERC) to track the Ebola virus from the Magazine Wharf cluster, June–August, 2015. Magazine Wharf is located on the waterfront in a densely populated, commercial area of Freetown with limited electricity and toilet facilities. For these reasons, the disease had the potential to spread rapidly. The board recorded the initials, sex, age, date of onset, and relationships (including transmission by generations) between confirmed Ebola patients. It was continually updated as new information was received.

The Magazine Wharf cluster, the last Ebola cluster in Sierra Leone that occurred due to community transmission, was a microcosm of the Ebola control effort: it required investigation and control of Ebola transmission during funeral rites, at healthcare facilities, and in the community among friends, coworkers, and family members. 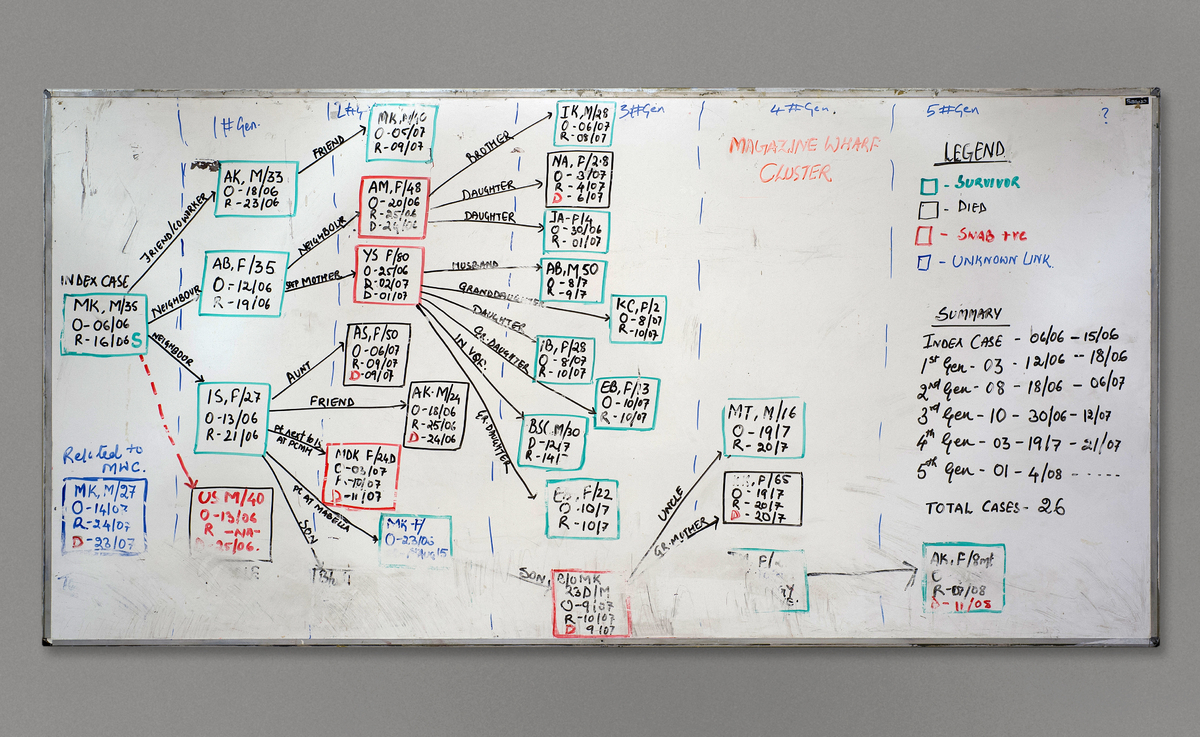 The image below is an example of how data, as seen on the whiteboard, are then "cleaned up" into an epidemiological diagram. 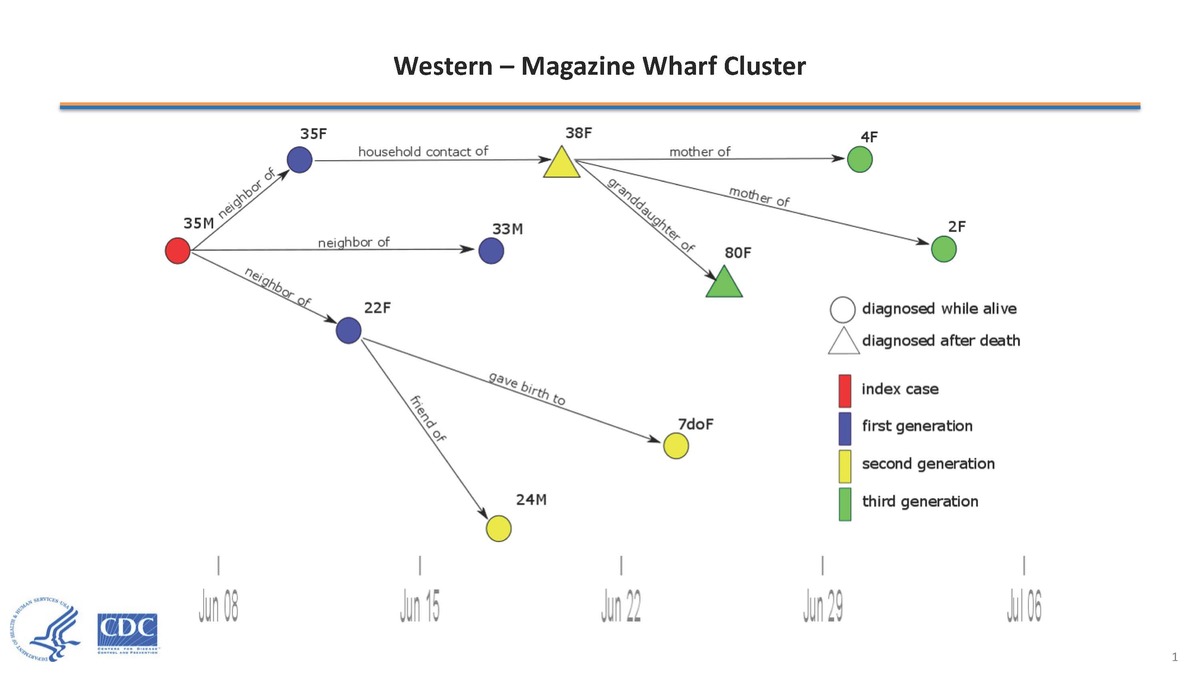