Epidemiology and Surveillance: The First Steps in Ebola Virus Disease Control and Prevention 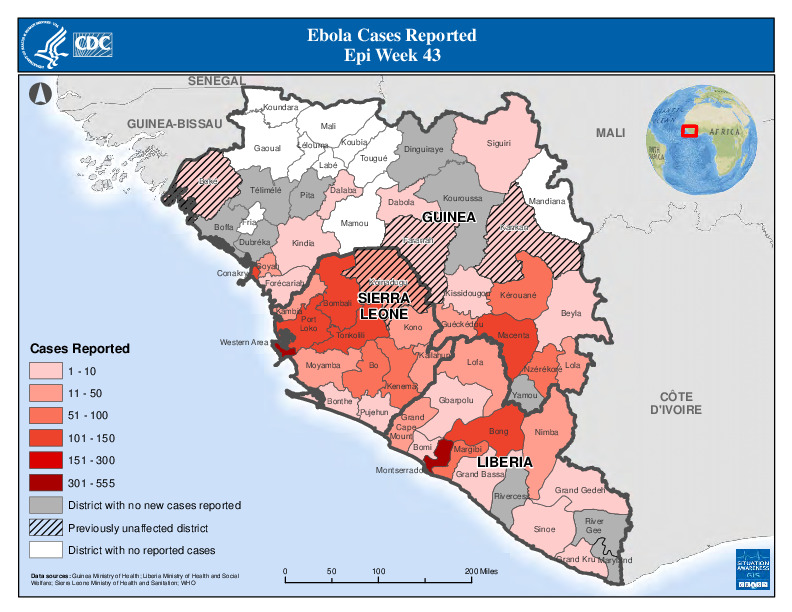 All outbreak investigations start with epidemiology: identifying cases through the systematic gathering and evaluation of data to understand how many people are sick and the extent to which a disease has spread.  This is followed by ongoing surveillance to make sure that all cases have been identified, isolated, and treated until the outbreak is over.

Small teams from CDC, UNICEF, and WHO were on the ground tackling Ebola virus disease case-finding and contact tracing as early as March 2014. However, it became apparent by summer 2014 that the disease was spreading out of control, and that the outbreak required an intensive public health response that would involve thousands of public health professionals, community leaders, volunteers, and citizens.

As the response intensified in 2014, CDC epidemiologists, along with WHO and international organizations, played a critical role in working with the governments of Guinea, Liberia and Sierra Leone to identify cases and contacts, and to train in-country staff to perform these critical activities. CDC used its expertise in data management to assist in setting up long-term public health surveillance systems that are now in place—a positive legacy of the epidemic.

Situation Report maps, such as the one above, are critically important to disease control and prevention. This map documents where new Ebola cases had been reported across the region, and shows where the disease had spread. Typically, the Situational Awareness team produced a Situation Report map on a weekly basis.