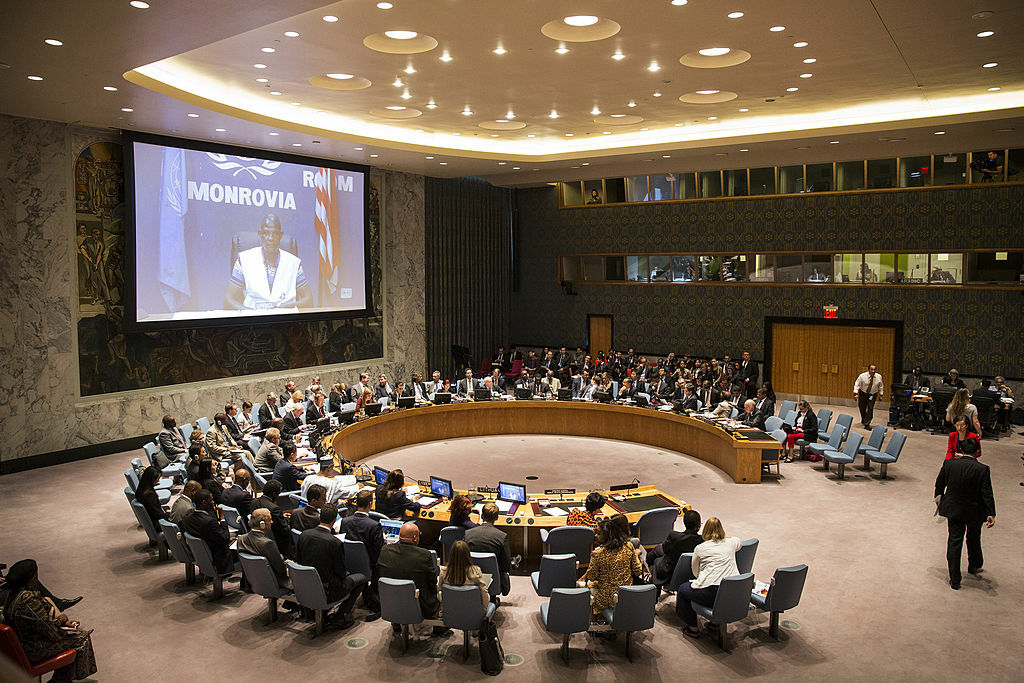 The World Health Organization (WHO), a United Nations agency, is responsible for overseeing the international response to disease outbreaks. By mid-2014, ongoing Ebola transmission had occurred in multiple districts in Guinea, Liberia, and Sierra Leone, including in densely populated urban areas. On August 8, after the extended urging of many outside groups, WHO Director-General Margaret Chan declared a Public Health Emergency of International Concern (PHEIC). This declaration triggered the deployment of more staff, supplies and equipment, and funding from groups across the world.

On August 29, 2014, the Presidents of Guinea, Liberia, and Sierra Leone jointly wrote to Ban Ki-moon, Secretary-General of the United Nations, requesting a UN resolution on a comprehensive response to the Ebola outbreak, and calling for the UN to take the lead in coordinating the international response. On September 17, a day after President Obama announced the U.S. government’s Ebola response plan, the Secretary-General informed the UN General Assembly of his intent to establish the United Nations Mission for Ebola Emergency Response (UNMEER) with the objective of scaling up the UN response to this unprecedented outbreak.

In addition to WHO, other UN agencies actively involved in the response included UNICEF, the World Food Programme, Office for the Coordination of Humanitarian Affairs (OCHA), and the World Bank Group.

During his moving testimony, he stated:

"I feel the future of my country is hanging in the balance. We do not have the capacity to respond to this crisis on our own. If the international community does not stand up, we will be wiped out. We need your help. We need it now."