Faith plays an important role in people’s lives in West Africa, where the majority of people are practicing believers. Muslim and Christian leaders enjoy significant trust and respect, and Muslims and Christians enjoy warm relations. Guinea and Sierra Leone are majority Muslim; Liberia is majority Christian; and a small, but sizeable number of people adhere strictly to traditional religions in all three countries. Overall religious beliefs are flexible and accommodating; Christian and Muslim rituals often are mixed with indigenous ideas or customs.

In the initial weeks after the Ebola outbreak, there was a lack of information about the disease. The response of faith leaders was mixed, and the important potential of faith leaders in addressing Ebola was not initially recognized by Ebola responders. As the outbreak spread, stark measures such as cremation policies in Liberia went against cultural values and religious practices. This resulted in denial of the disease and hostility towards those seeking to contain it.

Consequently, efforts were taken to engage faith leaders in the response, and Christian and Muslim leaders collaborated in unprecedented ways to challenge the myths and misinformation surrounding the virus. They also offered life-saving advice to their local communities on Ebola protection and prevention methods, and demonstrated that changing behaviors is more than just explaining medical risks—it is also finding safe practices that people find spiritually and emotionally meaningful. 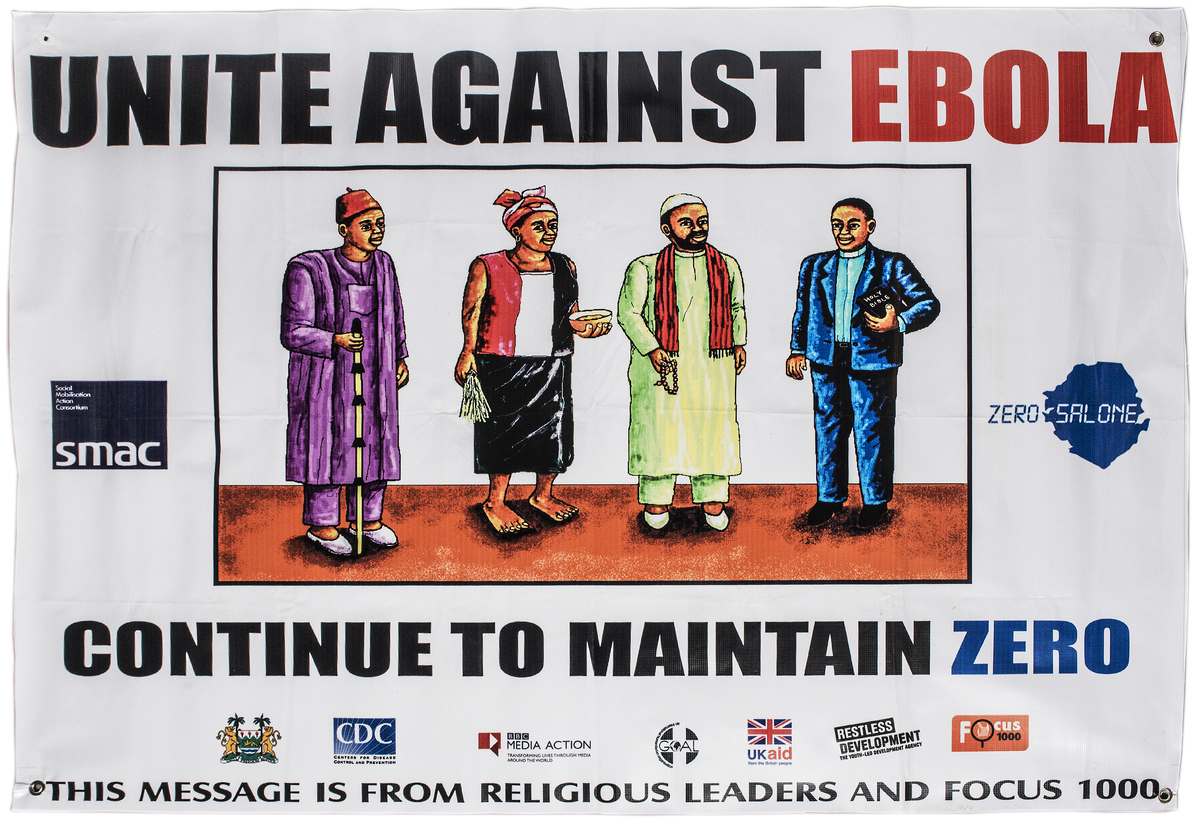 This banner, illustrated with a traditional leader, traditional healer, imam and pastor, demonstrates the cooperation of the traditional and faith communities in the efforts to control and prevent Ebola. By the time the banner was produced in Sierra Leone in 2015, the epidemic was winding down.

Other Cultural and Traditional Influences

Besides the West African faith community, other influential groups have great authority and support in the region, and were critical players in sensitizing people about the dangers of Ebola and preventing its spread. Paramount Chieftaincy systems were introduced in West Africa during the colonial era, and are regarded today as a sacred institution, built on tradition and culture. Chiefs maintain customs and traditions within the community and are the custodians of the law, maintaining peace, law, and order in the community. Their engagement with the Ebola response was critical. 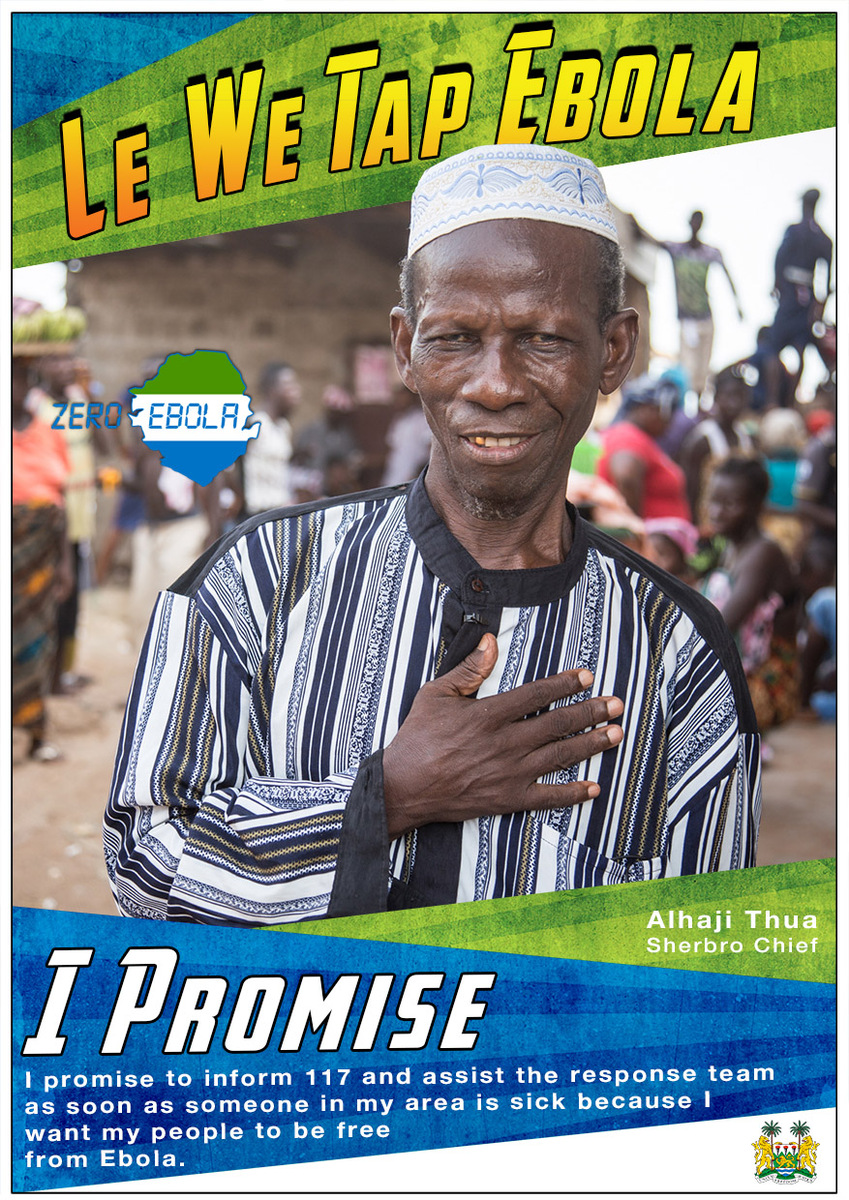 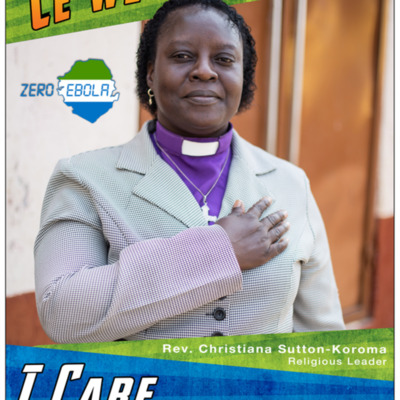 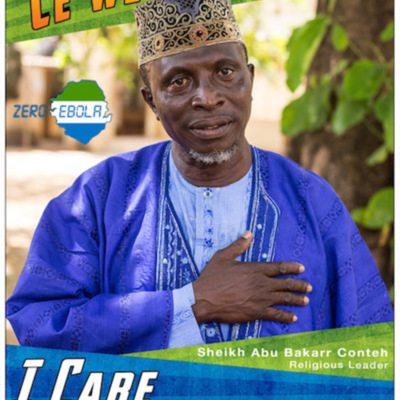 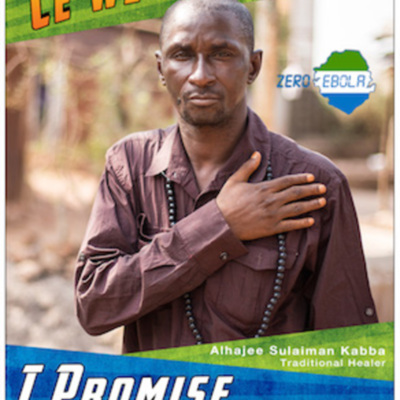 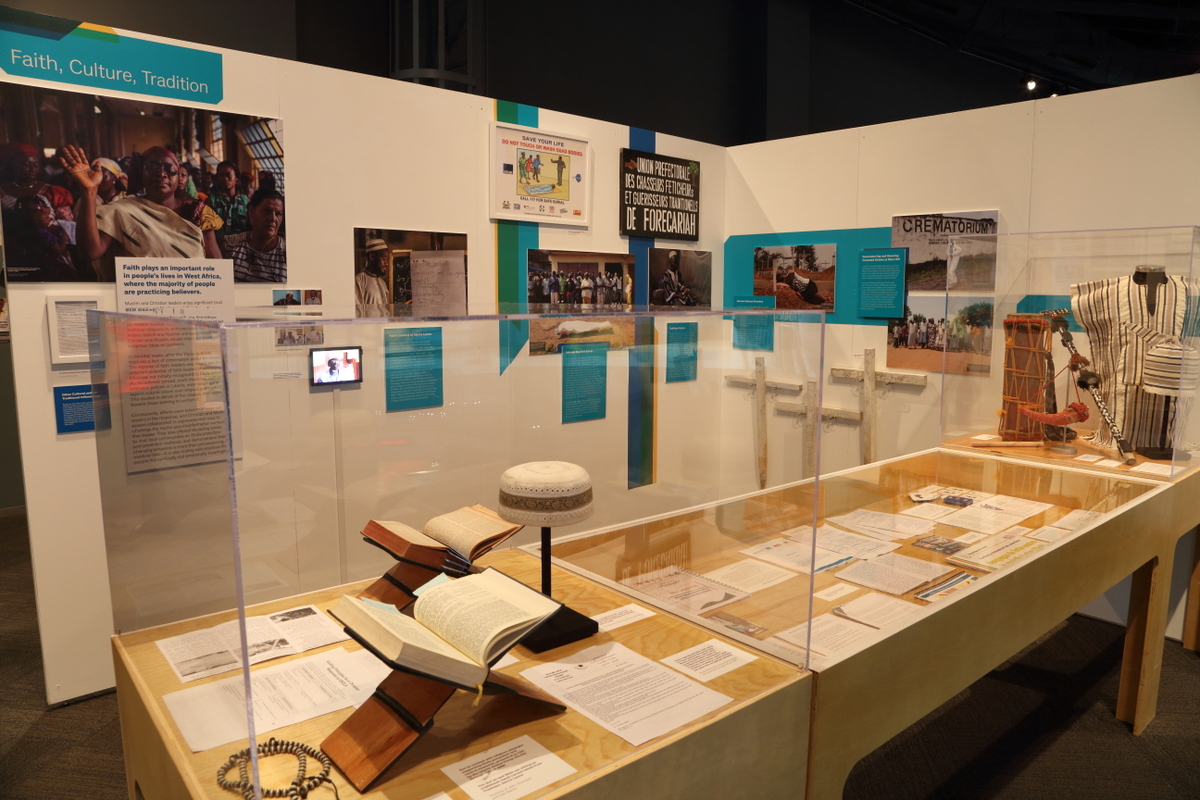