The Long Road to Rebuilding after the Ebola Crisis 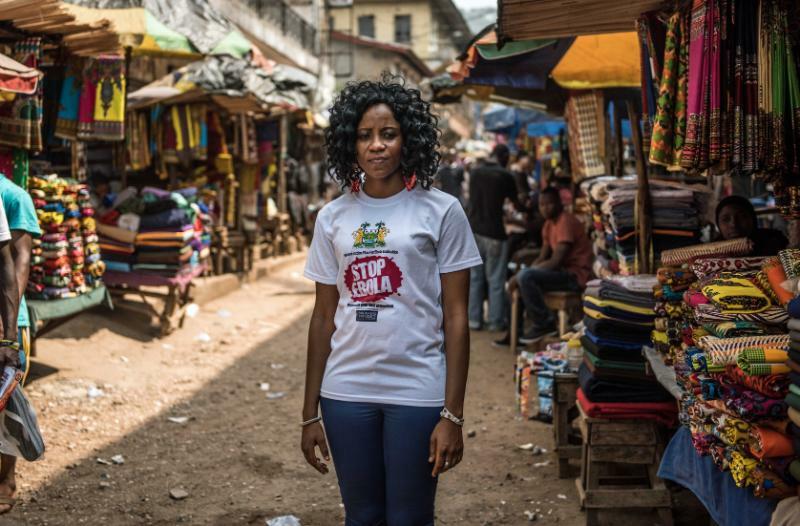 Here in Freetown, Sierra Leone in January 2015, entrepreneur Mawa Kamara is concerned that her sales of 'lappa' cloth are down. Photograph by Tommy Trenchard, British Red Cross

Impact on the Economy

Before the Ebola epidemic, Guinea, Liberia, and Sierra Leone were among the poorest countries in the world. In 2013, they were already experiencing economic slowdowns due to slower growth in iron ore production, as well as timber and rubber exports after a decade of economic progress. Government measures to control the spread of Ebola, including quarantine of communities, restrictions on travel between districts, sealing land borders, and the closure of major markets, severely impacted trade and people’s livelihoods. Public fear of Ebola led many consumers, traders, and businesses to stay home.  Families and communities with Ebola cases were stigmatized, and neighbors, drivers, and traders avoided them.

At the height of the epidemic, markets in some areas were forced to close early. Once crowded, these markets saw drop-offs in customers and profits. In other words, economies were hit hard by the Ebola epidemic. As they slowly begin to grow again, long-term initiatives are necessary to make sure that the recovery is complete.

The three highly impacted countries continue to struggle economically, due to weak consumption, declining output, and high inflation. In 2020, the situation has been compounded by the emergence of global COVID-19 pandemic.

During the Ebola epidemic, some fields were deserted, trade slowed among the three countries, and food shortages began to occur. Quarantine measures further cut off rural areas and restricted trade. Food production has slowly returned to the levels seen before the Ebola epidemic.

Food production slowly returned to the levels seen before the Ebola epidemic, but has been impacted by the COVID-19 pandemic. The economic impact of the pandemic is hitting the poorest with little social safety net, and food security of those relying on uncertain daily income is a pressing concern. 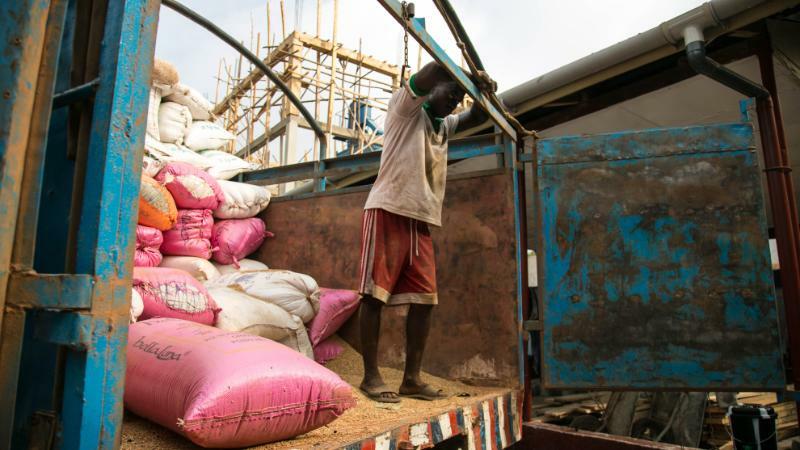 A worker at the Fabrar Rice Liberia Processing Plant in Liberia rests in January 2015 before beginning the arduous task of unloading more than one hundred rice bags, funded by USAID to reduce hunger and promote food security. Photograph by Adam Parr, USAID

This fisherman, who is an Ebola survivor, had difficulties finding steady work after recovering from Ebola in Freetown, Sierra Leone. In February 2015, sick fishermen who lived in this informal community contributed to a surge in Ebola cases. 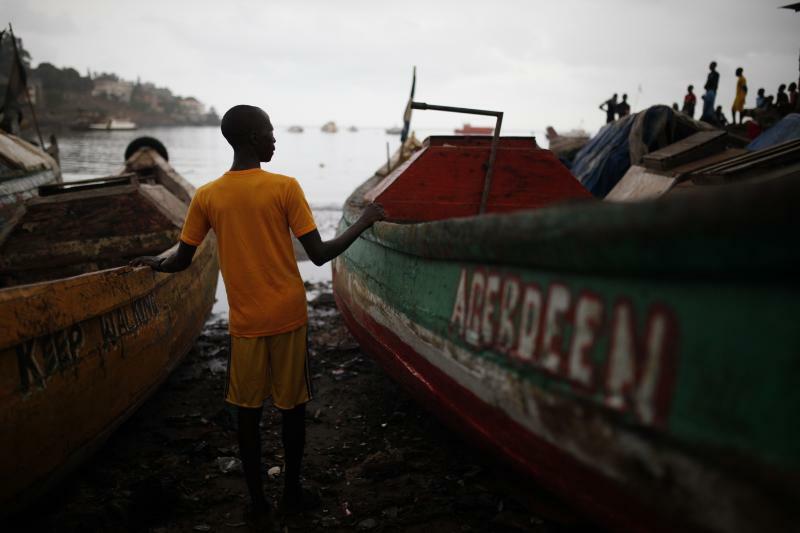 ← Virus Persistence Study
Impact on Other Health Services →
6. The Aftermath of the Epidemic
Rebuilding after the Ebola Crisis